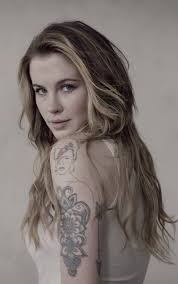 While everyone is gearing up for the presidential election this year, celebs are also asking fans to vote in their unique way via their social media account, one such celeb has chosen a rather unconventional idea to ask people to vote for the elections this year.

Ireland Baldwin recently posted a topless picture of herself on her social media account with I voted sticker as nipple pasties. She has cast her vote in this year’s presidential election and asking others to do the same. The picture comes along with an interesting caption that says voting is cool and so are disproportionate boobs! Here’s the picture of Ireland Baldwin that is given right here.

Ireland Baldwin’s stepmother Hilaria Baldwin soon reacted to the post and gave two heart emojis in the comment section. All her social media followers admired this unique yet bold idea of asking people to vote and showed their love and support for Ireland Baldwin. It indeed is a rather interesting idea opted by Ireland Baldwin.

Ireland Baldwin is no stranger to bold poses for her social media post, just a few days ago, she posted a picture of herself in a red bikini and was setting major fitness goals for all. Almost every celeb is taking active participation in this whole voting process in one way or the other.

Some celebs have done some virtual reading from their movie to collect funds while some cast members have organised reunions to raise money and encourage people to vote as every vote counts in the decision making process.

Lexi Underwood Ready to get her Groove on in Disney’s Hip-Hop Cinderella Adaptation Sneakerella
Mathew McConaughey made a Major Revelation about His Father’s Death in his Memoir, Greenlights.