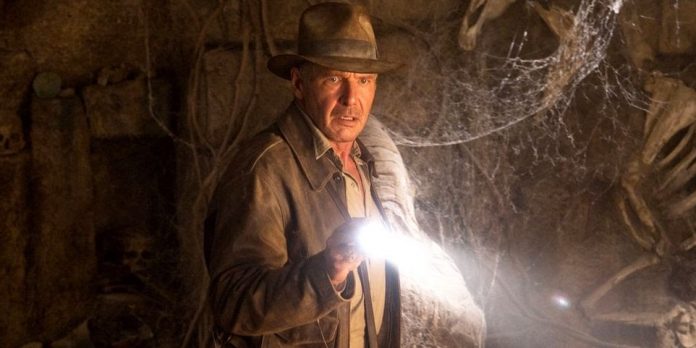 New set photos from the much-awaited fifth instalment of Indiana Jones have arrived, and this time, it was in Italy. Harrison Ford, Mads Mikkelsen, and Toby Jones were spotted on location. The franchise, which kicked off in 1981 with Raiders of the Lost Ark, lies next to the Star Wars franchise in helping Ford reach superstardom. Ford has played the role of Professor Henry Jones Jr. in all the four films, and the fifth, his journey reaches its end.

The movie took over a decade to start production, with Indiana Jones and the Kingdom of the Crystal Skull coming out in 2008. Even that movie took almost two decades to take flight. However, original director Steven Spielberg will not return as the director. Spielberg elected someone with a fresh perspective to helm the project. This brought in Logan filmmaker James Mangold to take the director’s chair. Mangold co-wrote the script with Ford v. Ferrari pair Jez and John-Henry Butterworth.

See also  Amy Sherman Palladino Talks About Possible New Plot-lines For Gilmore Girls Revival And We Would Love That!

The new cast includes Mads Mikkelsen, Phoebe Waller-Bridge, Toby Jones, Antonio Banderas and Boyd Holbrook. The movie kicked off production in the United Kingdom in June, and since then, various set images have arrived.

The new photos have come via Dailymail, and Ford is seen un his iconic leather jacket and faded shirt with grey pants and hat. Mikkelsen was spotted in a grey suit and a panama hat. An image of an older vehicle decorated with flower arrangements was also spotted. It might be to film a wedding sequence.

Though it doesn’t offer much, it is exciting all the same. The fourth movie concluded in Jones’s marriage to Karen Allen’s Marion. Allen isn’t confirmed to star in the new movie, so we are curious to see whose wedding it’s going to be.

See also  A quiet place part 2 has been postponed due to the ongoing coronavvirus pandemic: check out what John Krasinki had to say about the release and more.

Also read: NETFLIX TO MAKE A ‘THAT ’70S SHOW’ SPIN-OFF WITH KURTWOOD SMITH AND DEBRA JO RUPP IN THE LEAD