History Created By LeBron James!! Check Out The Details!! 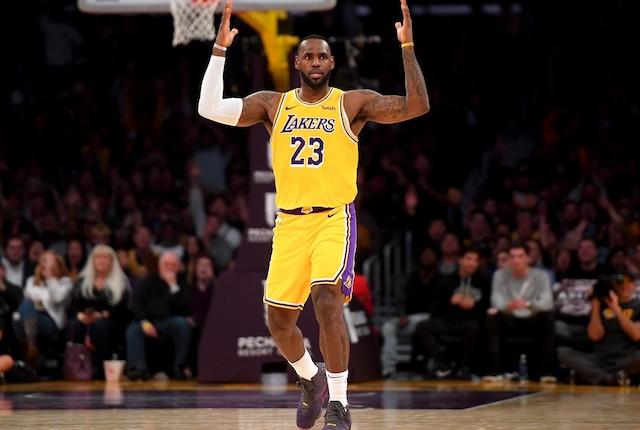 LeBron James became the first player in NBA history to record a triple-double against every team in the league.

👑 @KingJames becomes the 1ST PLAYER in @NBAHistory to record a triple-double against ALL 30 NBA franchises! pic.twitter.com/YesKshhpki

James is fifth in NBA history with 86 triple-doubles. The other four players ahead of him are Oscar Robertson, Russell Westbrook, Lakers great Magic Johnson, and Lakers assistant coach Jason Kidd but hadn’t done it against 30 different teams.

Anthony Davis, with seven rebounds, four assists, four steals, and two blocks, the Lakers’ dynamic duo proved too much to handle for the Thunder.

But yes, Thunder did manage to score through few slip-ups. And it was not an easy win.

The two teams will again face each other on Saturday.

At 12-2 through the first 14 games of the 2019-20 NBA season, the Lakers are playing at a high level as their offense slowly improves. With Los Angeles protecting their homecourt, they embark on a four-game road trip now.

We wish James and Lakers team for success in the future.