Heidi Klum’s gruesome alien Halloween costume will give a heart attack to alien species too!! 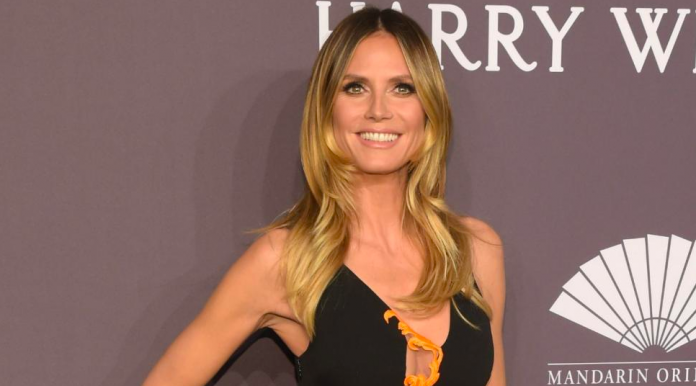 The 20th Halloween party was going in New York and the queen of Halloween, Heidi Klum, arrived there in her gruesome and outlandish ‘alien’ costume. Her garb literally shows, when you take Halloween theme too seriously.

Klum was seen wearing a humanoid alien costume, where her brain was peeping out from an open glass and she got condensed cut marks on her forehead which followed through her jawline. Her phony veins flashing all over her body with added blood patches. 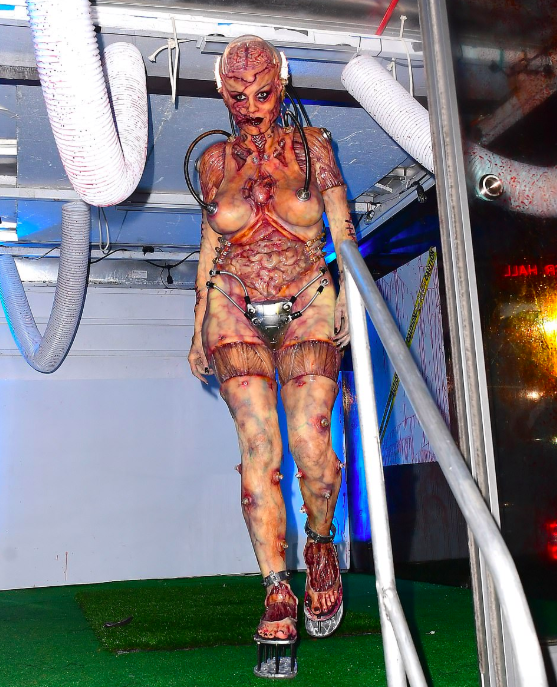 The 46-year-old German model beautifully knows how to make a Halloween party more fun and creepy.

Her suit is looking as real as her ageless beauty. It would not be wrong to say that she pulled up her costume gracefully that even Halloween pop characters like Frankenstein and Jack Skellington even get insure after seeing her.

Klum arrived at the Halloween party with her new husband Tom Kaulitz in a capsule.

Heidi Klum’s makeup and getup took 13 hours to transform her from miraculous beauty to grotesque alien. She got ready at Amazon Books in front of live audiences.

She also shared her get-ready-with-me video on her social media handles with her fans. In the video, she was seen happy and excited being in the underway of getting ready.

Although this is not the first time she was seen in a gruesome and exciting costume. She slays every Holloween look each year.

The previous year the couple was set in the attire of Princess Fiona and Shrek.