Harry and Meghan Documentary: Meghan reveals about the Pressure of Dating and Marrying into a Royal Family

The Duchess of Sussex has revealed the unbearable pressure of her life speaking in an interview.

She told that being in a royal family member is quite difficult to survive. Meghan, who has a five-month-old son, told that it is essential for her to “thrive” and “feel happy”, she feels that leading life without any enjoyment is not the point of life.

The television interview was released on Sunday night. The couple appeared quite emotional. Meghan insisted that she was too tired and exhausted to adopt the British stiff upper lip before concluding that it is “internally really damaging”. It seems that the Sussexes are looking for a path away from traditional royal family life. 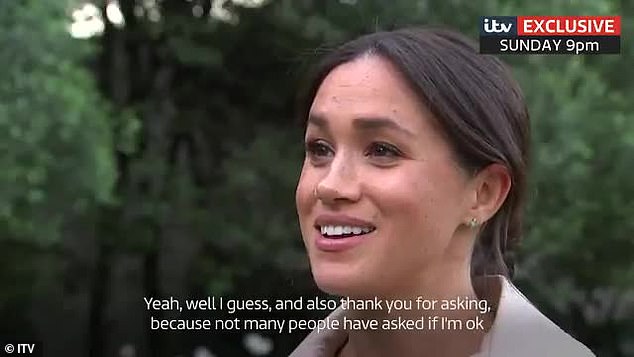 The Duchess also disclosed that her British friends had also warned her away from Prince Harry when they were dating each other. One of her friends had told her that it may ruin her life, she said from her inexperience that she didn’t believe them. The Duke and Duchess are going to take six weeks away from Royal life later this year to focus on their family.

Previous article
Will Martin Scorsese’s “Irishman” Be An Oscar Winning Movie?
Next article
Nickelodeon Universe Opens The Largest Indoor Theme Park In US; All The Opening Day Tickets Are Already Sold Out!