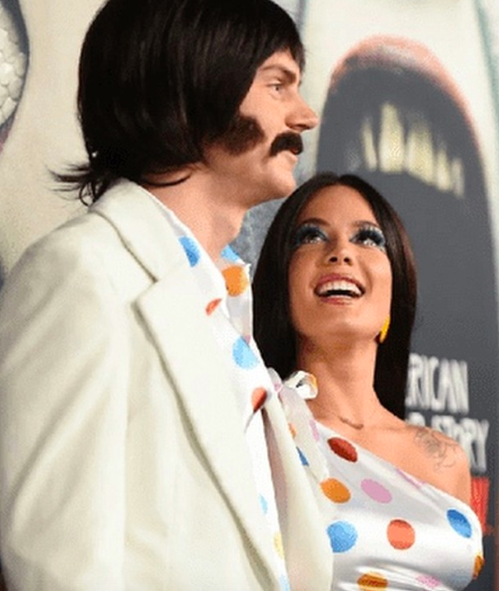 Nightmare singer Halsey and Evan Peters made their relationship official on Instagram last night after attending Halloween party in Los Angeles. They were seen together with their matching costumes at the Friday night party and holding hands in hands.

According to sources, Halsey,25 was a big fan of American Horror Story star Evan Peters before finally set-up by their mutual friend. They chatted and shared conversations on social media before finally hanging out together. They were seen together many times and dated for a month before finally making it official on Instagram.

Halsey made evident she’s quite a fangirl of Peters when back in 2012 she tweeted ‘Seriously Evan Peters stop making me attracted to alleged sociopaths and accused murderers.’ Pointing at his American Horror Story’s character.

Evan Peters, 32, earlier shared a toxic relationship with his co-star Emma Roberts for almost 7 years and finally called off their engagement in March of this year.

Well, coming out of their past now they are new-couple of Hollywood, that means their fans will get to see them together now more often.

Previous article
Take a look at this brief review of Netflix’s ” Mindhunter “!!! Know about the Plot and Cast of the Psychological Crime Drama
Next article
Simpsons dress up for Halloween in Disney+ commercial; ‘The Simpsons’ Family Have Found Their New Home