GOSSIPNEWS TO THE RISING SUN
More
HomeEntertainment
December 14, 2020 10:55 am EST

Good Girls Season 4 Is Back In Production With A New Actor On Board !

It seems like the Good Girls are soon going to be back with their not so good escapades for a fourth season! The popular series Good Girls season 3 was cut short due to the ongoing pandemic terror, but the fourth season might be coming with a thrill ride ahead.

The Good Girls Are Back As Production For Season 4 Has Kick- Started!

The dark comedy series became a hit amongst viewers after it followed the story of three women who were tired of making ends meet only to end up in a dangerous criminal escapade that turned out to be more troublesome than expected!

It seems like the production has finally kick-started after a while, leading cast member Mae Whitman uploaded a picture on her social media account hinting that filing has started and the good girls are back to take care of all the unfinished business. NBC network has already announced that season 4 is arriving on 2021 with a social media post on Twitter.

Ready to steal your screens and your money. The #GoodGirls return in 2021 on @NBC. pic.twitter.com/Lg1tjIAp9s

Jonathan Silverman Is The Newest Addition In The Good Girls Family!

While the usual casts are returning for the fourth season, some new faces are also going to surprise fans. Actor Jonathan Silverman is the newest addition as Dave who might be creating problems and might be interested in bringing down the Good girls. 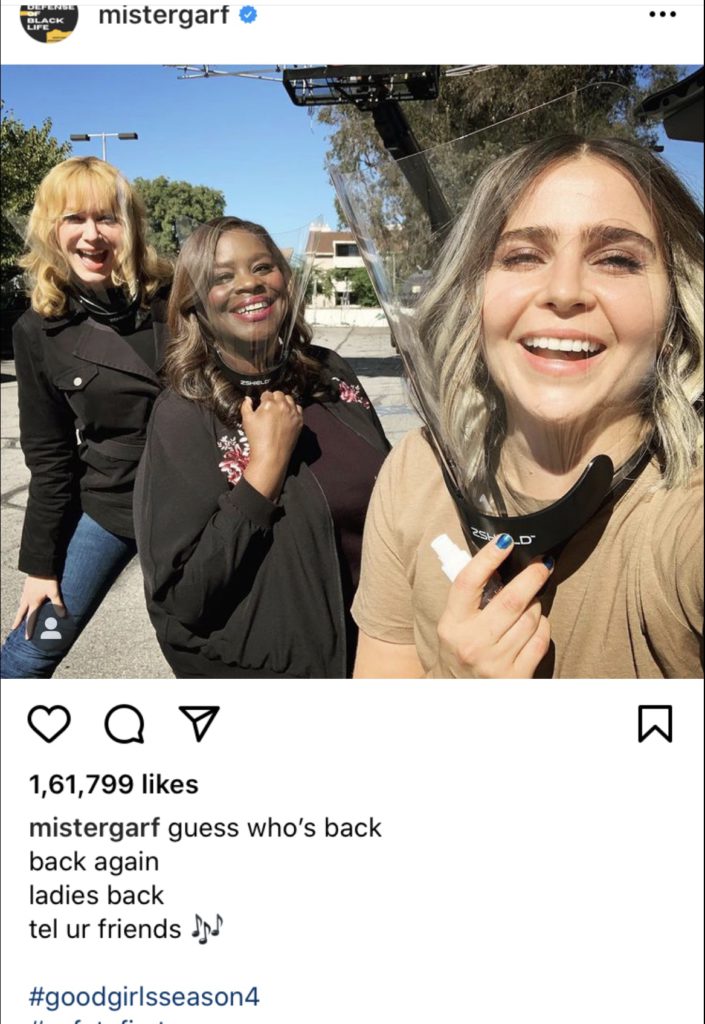 With Rio surviving, and the banter going on for a while, fans have a lot to look forward to it. Season 4 will also see Agent Donnegan keeping tabs on the girls. So, with Rio being very much alive, it can be bad news for Beth. However, with Beth feeling all the more isolated with her new money printing business, there are going to be some grave challenges ahead.

BLACKPINK’s Lisa Tests Positive for COVID-19, Other Members Revealed to be Negative