Goldberg demands respect from her co-hosts in “The View”. Meghan McCain and Goldberg get into a witty battle.

On “The Ben Shapiro Show Sunday Special” show, The View co-host Meghan McCain said that conservative men have better family values. Whoopi Goldberg is stepping down from The View. Meghan McCain and Joy Behar had a heated exchange, and the EGOT winner intervened during that. She argued that her co-hosts need to exhibit respect.

McCain wholeheartedly discussed topics like treatment of U.S veterans, White House’s expert on Ukraine. This happened after Laura Ingraham from Fox news questioned Vindman’s loyalty. It was because Vidman testified about President Donald Trump’s July call with President Volodymyr Zelensky of Ukraine. McCain said criticizing veterans is a trend in American politics right now. She also called out Hillary Clinton because she said the Russians were grooming Hawaii Rep.

McCain said it’s unfair to question the loyalty of the people to America who put their life on the line for America and freedom. She said she didn’t like it when Ingraham did it and she didn’t like it when Hillary Clinton did it to Tulsi Gabbard either. She felt it set a bizarre precedent. Behar challenged McCain and argued that it did not make them above reproach just because somebody served. But McCain didn’t keep quiet too. McCain slammed the comment saying that from the place she came from, it did. 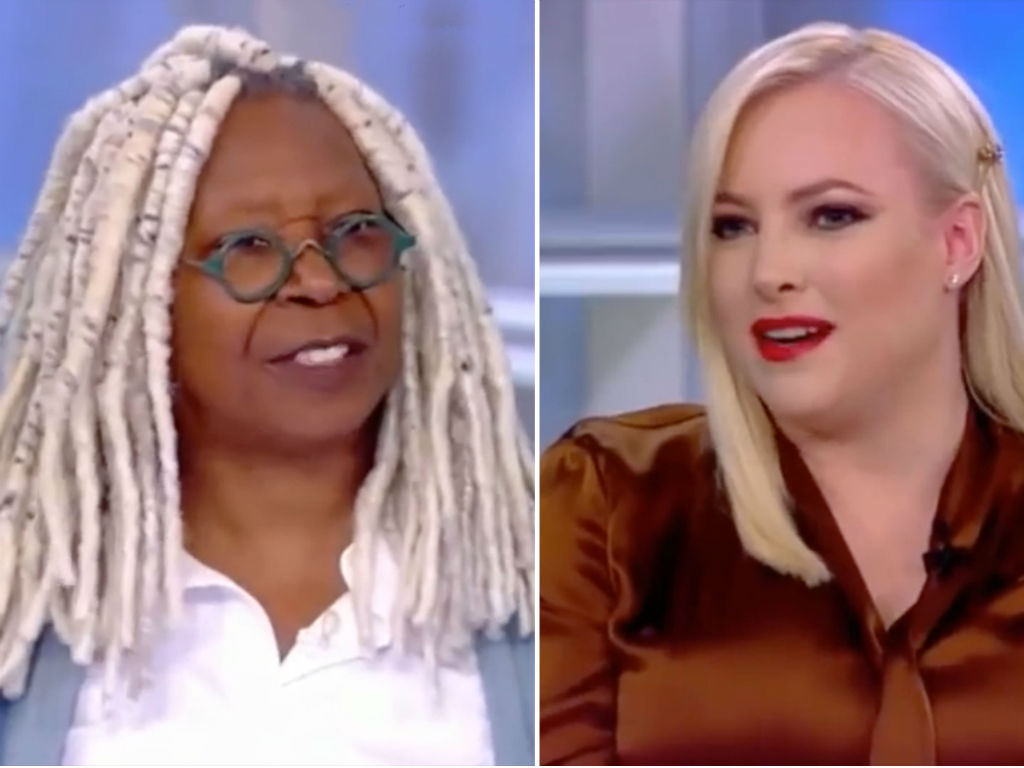 Goldberg stepped in the middle and asked everyone to calm down when the situation was getting out of control. The co-hosts were speaking over each other and it was getting ugly. She said everyone at the table had their own opinions and each of them had something to say. And it would be better if everyone got a chance to speak but they were rather doing “that thing.” McCain said she didn’t know what “that thing” is and Goldberg said it meant talking over one another. McCain bluntly replied to that saying, “Well, it’s the view.”

Goldberg said the show always had different opinions and while talking to each other, it was important to exhibit respect. So saying to hold up doesn’t mean trying to cut someone off. It means every opinion should be heard. Before McCain could interrupt again, Goldberg cut to the commercial break.

Previous article
Kevin Hark is a real teaser; his Halloween costume is ‘The Rock’s’ famous black turtleneck costume!
Next article
Is everything alright between Tati Westbrook and Jeffree Star or are they heading towards another beauty community war???