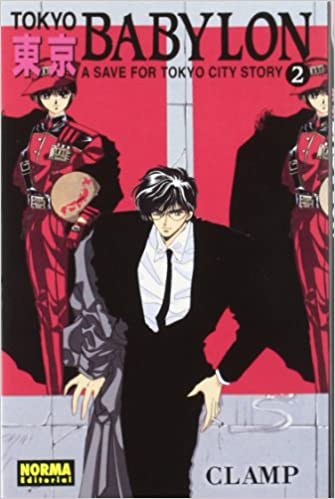 During COVID-19, anime fans have got some exciting news. King Amusement Creative on Monday announced to set “Tokyo Babylon 2021”. The teaser and some visuals are already out for the latest adaptation of Tokyo Babylon Manga series.

How much has been revealed yet?

There is not much revealed about the anime series yet except the visuals and trailer by official fan accounts. GoHands studio will be directing Tokyo Babylon 2021.

A visual Illustrator is also revealed by a Twitter RT campaign. Following is the visual of latest adaptaion:

However, this is not the first time Tokyo Babylon is getting adaptation. Certainly, Clamp is the original writer of the shojo manga series. It has 7 parts in total and was on run in 1990 to 1993. The original tittle of this manga series is “Tokyo Babylon: A Save Tokyo City Story.”

Original video animation then adapted the manga series into a two parts under Tatsuhiko Urahata’s direction . The release date was October 21, 1992 to March 21, 1994. The lead writer was Koichi Chigira.

Furthermore, in 1993, “Tokyo Babylon- The Movie” was released by Manga Entertainment in UK on August 21. It was directed by George Iida and was set in 1990s whereas the series is set in 2021.

The series revolved around sixteen year old Subaru who is very powerful magician. He also has a twin sister, Hokuto. They have a mutual friend, Seishiro who accept his love for Hokuto. There are many early hints that Seishiro hides many secrets. The three lead characters of the series were Subaru Sumeragi, Hokuto Sumeragi and Seishiro Sakurazuka.

So, lets see what more details the makers reveal for “Tokyo Babylon 2021”

The Handmade’s Tale: Who will be Helping June in Season 4? Cast Reveal and Release of Season 4… Read Everything Below
Demon Slayer: The Anime Movie is Already Setting Amazing Records and is on the Way to Break Many More Records