It is time to relive the nostalgia if you too were a die-hard fan of the superhero He-Man back in those days. Kevin Smith has delighted the He-Man fans by his announcement of bringing a brand new anime “He-Man” series for Netflix.

Kevin made the announcement at the annual Power-Con convention on Sunday. The series will be called Masters of the Universe: Revelation. Kevin will be serving the series as its executive producer. The show is going to work on the unresolved storylines of the original He-Man series of the 80s’. 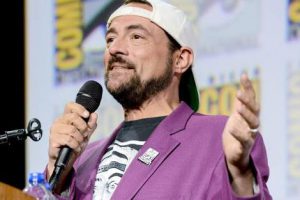 In a statement regarding the matter, Smith has said, that he is Eternia-ly grateful to Mattel TV and Netflix for entrusting him with not only the secrets of Grayskull but also their entire Universe. He moved on to tell about the storyline of the show which is picked up right where the classic era left off. The series will tell an epic tale of what may be the final battle between He-Man and Skeletor.

On Sunday, regarding the show, Netflix tweeted, “The war for Eternia begins again!”. Superstar director Kevin Smith will be continuing the original series’ story right where it left off in Masters of the Universe: Revelation.
Netflix also released the poster of the show through a tweet on Monday, 19th August. The poster presents a darker tone than the original 80s show. 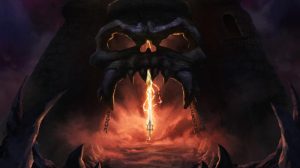 The exact date for the release of the series has not yet been announced. Yet the buzz that it has already created with its poster clearly reflects the success chances of the show. Fans just can’t wait for the show to go air.