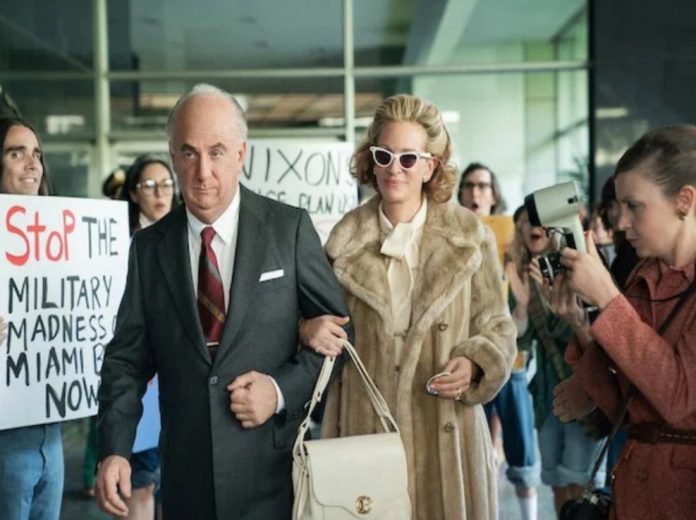 Gaslit, the drama based on the Watergate scandal has released a trailer and it looks amazing. Further, Julia Roberts and Sean Penn have paired up for the drama and they look phenomenal in their new look. Not to forget the premiere of the drama Gaslit has already been scheduled and it’s arriving soon this summer.

Sean Penn has a transformed look for Gaslit

One of the key characters of the Watergate scandal drama is Sean Penn who looks transformed with his look. Certainly he’s playing a key role in the drama as Attorney General John Mitchell. Moreover, his wife Martha Mitchell would be played by Julia Roberts.

The period drama of Starz is all set to throw lights on the Watergate scandal with a different perspective. Not to forget Gaslit is a story based on the first season of the podcast Slow Burn. Beside this, the trailer for the scandal drama has already released and it looks wonderful with Sean Penn and Julia Roberts.

Depicting the story of Watergate scandal in a whole new perspective will give a new thrill to watch the drama. Furthermore the cast of the drama that includes Dan Stevens, Betty Gilpin, is certain to bring some more thrill with their side of the role. Meanwhile the drama Gaslit is soon to premiere on Starz on 24th April this year. Until then you can check out the trailer of it.