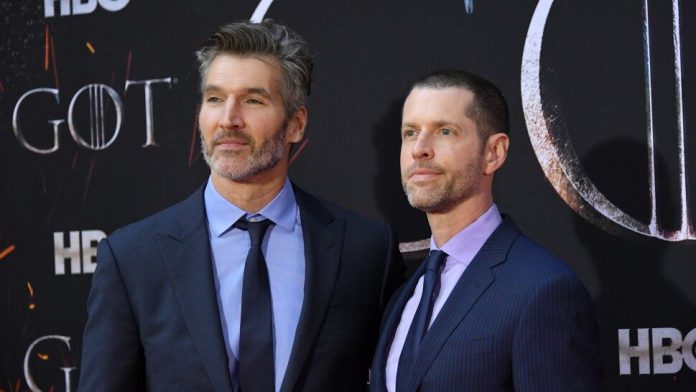 David Benioff and Daniel Brett Weiss, the producers and screenwriters who gave the world one of the popular television series “Game of Thrones” on HBO have reportedly walked away from their deal with Disney’s Lucasfilm to launch a “Star Wars” trilogy film. The movie was expected to be released in 2020.

According to sources, the duo had parted ways with Lucasfilm and would no longer be writing or producing the trilogy. The duo confirmed their recent two hundred million dollar project deal with Netflix due to which they will not able to continue the Star Wars project. Both of them told in a joint statement that they love Star Wars.

Benioff and Weiss played a crucial role and lead their team to win Emmy Award for the television series “Game of Thrones”. Though the final season of “Game of Thrones” faced a severe amount of critics from their fans and couldn’t stand up to their fans’ high expectations.

Kathleen Kennedy, President of Lucasfilm told that they are hoping to include Benioff and Weiss in their further journey ahead when the pair can step away from their busy schedule and focus on Star Wars. She also praised the duo and told there is no doubt that the duo is one of the best storytellers and incredible directors.

Previous article
Is that David And Lily’s official confirmation?? Looks like Disney Magic Kingdom has some Magic after-all!!
Next article
A Fatal Accident at Southwest Kansas Killed Father and son so painfully that people were shocked!