Game of Thrones didn’t win the expected number of awards at Emmys, Fans can’t help but express their sadness on Twitter 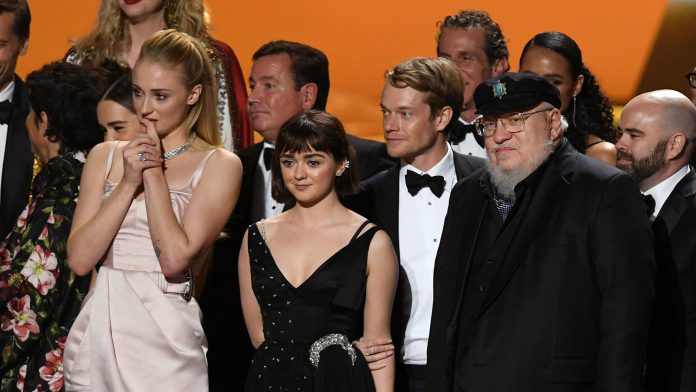 The award season has got an official start with the Emmys awards. These ceremonies are something which pop culture people always complain about as these ceremonies run until midnight. But in the end, it is worth the time these people have to put behind it.

Also, this is the last year where Game of Thrones fans can root for the series to win an award amongst the 500,000 nominations of theirs. The series was nominated for 32 categories. It won the award for ‘Outstanding Drama Series’ last night but had missed out on many from those 32.

This has triggered some not so pleasing reactions from the fans of the series. The show series which ended in May this year did well. As a result, fans were expecting that it would grab most of the awards. But unfortunately, it did not go the way it was thought it would go.

Everyone that didn’t like the final season of #GameOfThrones right now. #Emmys pic.twitter.com/OZVzcXCuVq

Though the series bagged an important and big award, the only other award Game of Thrones received was by Peter Dinklage for ‘Supporting Actor’. But the bright side to this is that the series had already won 10 Creative Art Emmys last week.

Despite this, the fans are gutting about the fact that the series will win no more award from now.

Emilia Clarke lost out on the ‘Best Actress’ award at the show. She lost to the amazing Jodie Comer of Killing Eve. This is one of the reasons why fans are highly upset.

alfie allen and lena headey knowing they’re the best actors in game of thrones yet never once got an award for it
pic.twitter.com/ZQxuBHDZM5

The nominees for ‘Supporting actress’- Sophie Turner, Gwendoline Christie, Maisie Williams, and Lena Headey lost to Julia Garner from Ozark. But for ‘Supporting Actor’, the nominees- Alfie Allen, and Nikolaj Coster-Waldau lost to Peter Dinklage from GoT.

There was also an expectation that the show will get tribute which it should have in the past few months but that didn’t happen as well. The sentiments attached to the show didn’t come out. This thing did not go well with the lovers of the show which sparked the reactions.

Previous article
Here are some of the best Emmy’s Afterparty looks that are not to be missed!
Next article
Kim Kardashian and Kendall Jenner got laughed at by the audience at Emmys 2019! Read on to know “Why?”