More
HomeEntertainmentFive Most Famous Sports Personalities in the World Today 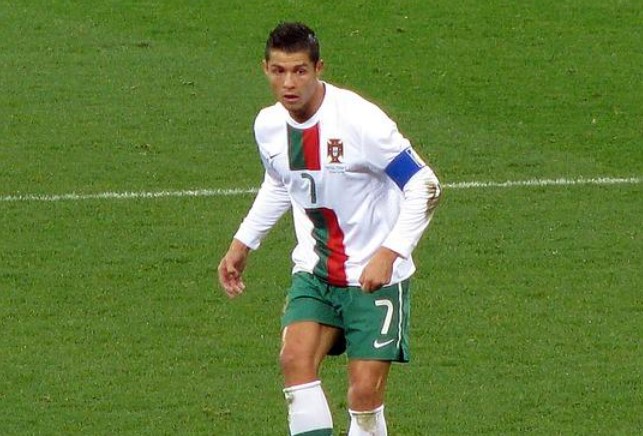 Countless different kinds of people watch sports, and we’ve recently seen records of viewers going into the billions. With the popularity so high, it is no surprise we have so many popular sports personalities. These famous athletes sometimes even get their own memorabilia. You can even play slots based on these players at the best online casino sites.

Different sports have their top shooters and most famous personalities. The more people that know about the sport, the more popularity the athletes have. We’ve had many lists over the years because new athletes rise to the plate now and then, making the list dynamic based on the time.

As a result, we are looking at the top five most famous sports personalities as things stand. So, if you’re interested in this list, continue reading.

One of the biggest ever soccer players in the world. He is in the all-time greats debate. Without any doubt, Cristiano Ronaldo only has a few players that can match his achievements. Since bursting onto the scene with Sporting Lisbon, Cristiano has maintained a high level, and his transfer to Manchester United in 2003 saw him develop into a Balon D’or-winning superstar.

In Real Madrid, he got even better, and his popularity got global, with more fans wanting to see him play in different competitions. As it stands, he is the most followed sports personality globally on social media, and even though CR7 is 37 now, he is still playing at the highest level in soccer.

The NBA has had many superstars grace the court, but only a few are close to or better than Lebron James. Even though he is still actively playing, he is an all-time great, and we’re sure that he will make it into the hall of fame once his career is over. Lebron has cemented his name in the history of the NBA and basketball in general.

After taking Cleveland to their first Championship title in many years, Lebron moved around a bit, but he has since found a place in LA with the Lakers. He has won the budding team a championship title since his arrival. Therefore, his brand continues to grow, and even those who don’t follow basketball or the NBA know Lebron James.

In terms of popularity in Soccer, the closest personality to CR7 is Lionel Messi, although many fans would argue that Messi is the best player of all time. He is quick with his feet, and the man does things that no other player can do. The mind-blowing part is how he does it effortlessly, and to the neutral eyes, they look easy.

However, it is not easy. Lionel Messi, with the ball at his feet, is a joy to watch, and he’s a beacon to many youngsters that want to become a superstar. Even though he had a growth deficiency as a child, he was always good with the ball, and his move to Barcelona saw him do wonders in the world of soccer. As it stands, he is the second most decorated soccer player.

Roger Federer revolutionized the game of professional tennis with his sweet moves and epic swag. He brought so much light to the sport that we don’t think any tennis player can have as much impact soon. Many non-tennis fans started watching tennis because they wanted to see him play, and as a result, he is the most popular tennis player ever.

Although age has caught up with him, and he is slowing down, Roger Federer remains a top name in the world of tennis, and we can only look forward to who will take his crown. We know that he probably would retire soon, but we would love to see him grace one of the courts for a glimpse of his technical ability.

The world of golf was taken by storm when Tiger Woods entered the scene. People who don’t ardently follow golf know the name Tiger Woods and would associate the sport with one of the greatest to ever grace the grass. He was the epitome of what to become for many budding youngsters that wanted to become a professional.

Although his scandal did a lot of damage to his reputation and golfing career, he still maintains a high profile in the golfing world. He remains one of the most popular sports people globally, and undoubtedly, we think he will keep being a top name in golf for many years to come. Tiger Woods made a comeback, but we think his illustrious career might be coming to an end.