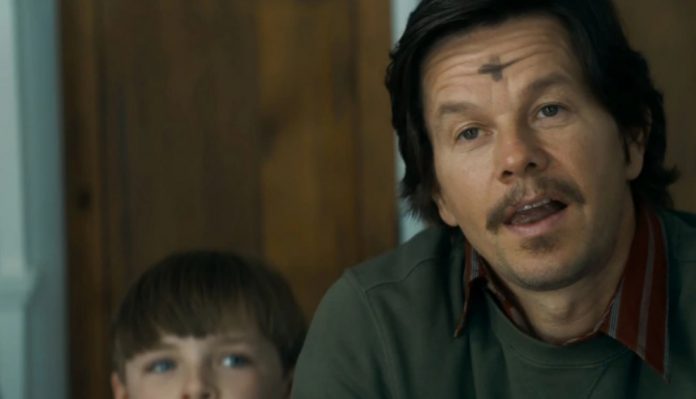 With Easter approaching nearer it’s time you get an announcement for a new movie. Well, Mark Wahlberg’s exceptional acting skills is all ready to win the hearts of his fans as his upcoming movie releases a trailer. Certainly, Father Stu would be introducing you to a whole new Mark Wahlberg whose looks in the trailer makes him attract more viewers to watch the movie.

Mark Wahlberg starring movie Father Stu has recently dropped a trailer and guess what Mark looks so different in it. Beside this, portraying a character from a real story, the actor would be playing a Catholic priest in the movie. Evidently, the trailer released looks appealing with its sneak peek of the story.

Sony Pictures movie is all set to narrate a real life story of a man who finds himself getting closer to faith and devotion in the almighty. However, the released trailer can be seen giving a glimpse of the whole story while Mark looks so good in his vintage look.

Mark Wahlberg won’t just be acting on the movie rather he is also producing it this time. Moreover, the movie Father Stu is all set to release this summer and is hitting the theaters on 15th April this year.

The real life story of Stuart Long would be making you familiar with a story where a man moves to Los Angeles in search of fame. Nonetheless, the movie would be taking you deeper into the life of Stuart who faces troubles while his faith builds stronger. Not to miss, along with Wahlberg, Mel Gibson, Jacki Weaver and Teresa Ruiz too would be sharing the screen.

See also  Was Jaden Smith the reason behind the extramarrital affair between Jada Pinkett Smith and August Alsina?