See also  Mission Impossibe 7: Even the movies ae vulnerable to Coronavirus. Deets inside
More
HomeEntertainmentFans tired of waiting for "Lucifer Season 5"?? Will it release earlier...

Fans tired of waiting for “Lucifer Season 5”?? Will it release earlier then expected?? Checkout for release date, cast, plot and more.. 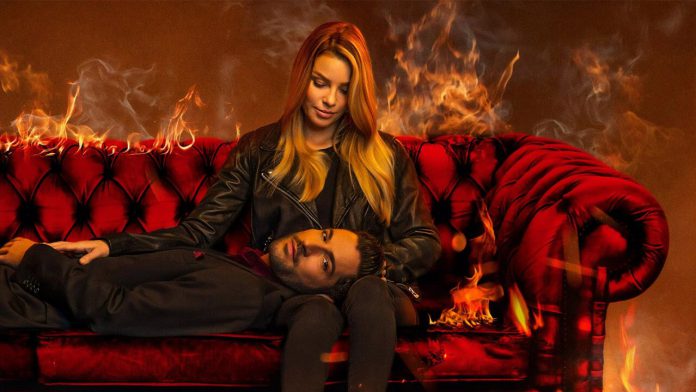 One of the most liked shows on Netflix, Lucifer, set to return with its new season on the video streaming platform.

Lucifer has been revived by Netflix since it has a huge fan following on the social media handles. The fourth season had an emotional ending but one can say that it wasn’t the end of the series. Lucifer’s fifth season is on the cards but it is probably the last season the team would be producing.

thanks to the lucifans, #lucifer's story will come to an end the way it should: the fifth and final season is coming to @netflix.

But after producing some finest of its episodes the series stands on the verge of its end. This is the saddest part that hasn’t been liked by the fans.

The showrunners said that they were so thankful to Netflix for resurrecting their show last season, and now let them finish the story of Lucifer on their terms. They thanked to the fans for their love and support.

When is Lucifer season 5 released on Netflix?

This sought after to be a million-dollar question!

At present, no release date hasn’t been made public for the final season yet. However, it is expected that Lucifer season five will come up with its first eight episodes on Netflix either in the spring or the summer of 2020. The fifth season will be delayed by the streaming platform since its the final one.

What is Lucifer about?

Lucifer is a fantasy comedy-drama revolving around the devil.

The show highlights the story of Lucifer Morningstar (Ellis), a fallen angel who is tired from his demanding role as the King of Hell, so he decides to become a consultant with the LAPD instead.

Lucifer has superhuman strength and invulnerability, as well as the power to make people tell him their secret desires.

See also  Mission Impossibe 7: Even the movies ae vulnerable to Coronavirus. Deets inside