Evan Turner and Lebron James!!! A Hilarious Incident On The Court and ended up on twitter feed as memes and gifs!!

Evan Turner and Lebron James both are the American professional basketball player. Evan plays for the Atlanta Hawks of the NBA and Lebron with the Los Angeles Lakers. 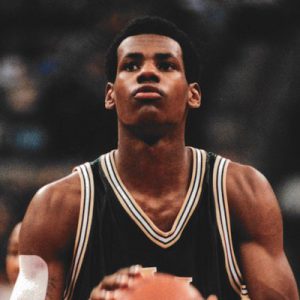 Turner was drafted second overall by Philadelphia 76ers in 2010.
James, because of his unique combination of size, athleticism, and court vision, he became a four-time NBA MVP. He is often compared with the greatest basketball player Michael Jordan. He has won many awards, including two Olympics medals.

On Sunday night audience witness the excellent game between Atlanta Hawks and Los Angeles Lakers. Evan Turner put LeBron James on skates during the match. When Turner scored his driving lay-up, the Hawks were behind with a score of 59-36.

Even though the Lakers won the match by 122-102 score, Turner managed to grab everyone’s attention. He used a behind the back dribble to evade LeBron James, who thought Turner was moving to his right and slipped on the court after this Turner went on to score 2 points after a right-handed lay-up over Dwight Howard.

The incident received a hilarious reaction on twitter within no time memes and gifs created on the slipping episode.

Turner finished the game with 7 points, two rebounds, and one assist. He plays the point guard, shooting guard and small forward positions.
James recorded game-high 33 points, 12 assists, and seven rebounds. After all, it’s not an easy win.

The Hawks and Lakers are scheduled to play again on December 16 at the Phillips Arena.

Previous article
Amber Liu Apologies For Her Insensitive Remarks!!!
Next article
The Inheritance an American drama: An Inspirational and a journey of emotional and mental roller coaster!!