Erin Doherty Oppens Up About Her Role As Princess Anne, finding how Princess Anne is questioning why she has to live a life like this? 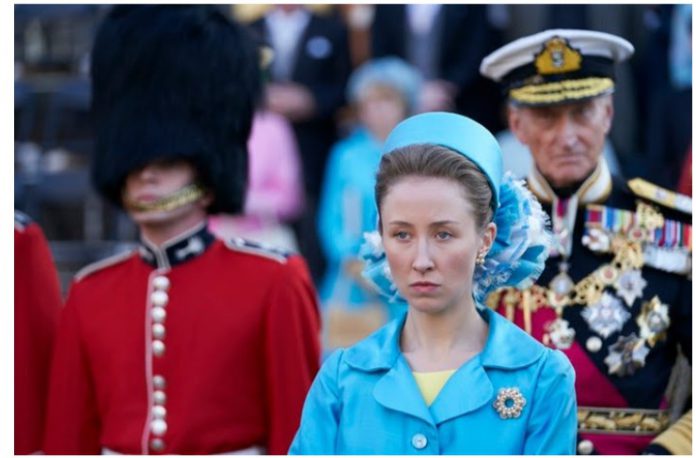 It seems like Netflix is all set with the third season of The royal show The Crown. The show has gained immense popularity over time and with the story going further many changes are to be seen in the coming episodes.

New Faces For New Characters In The Upcoming  Season!

The season will see many characters developing with time, Elizabeth’s children who were kids are all grown up now. Josh O’Connor has taken on the role of Prince Charles, while Erin Doherty plays Princess Anne. Erin Doherty has talked about her role at length in an interview. She says that it is both special and surreal to play such a character on the screen. According to the actress, all the characters on the show are fascinating and being a part of this is really special. She feels grateful and privileged to have this once in a lifetime opportunity.

How Did Erin Prep Up For The Role Of Princess Anne?

Doherty continues to state that she was not aware of the character she was going to play. For her, it was freeing as an actor. She did her research afterward including her accent and mannerisms.  She literally has put herself in her shoes and responded as she would. According to Doherty, it is clear from Princess Anne’s conversations that she is questioning why she has to live a life like this!

Moreover, she also found a way to relate to the transition that the princess went through as a public royal figure. Doherty has to play her real age in the fourth season as per the historical numbers go. Erin is twenty -seven years old in real life. All we need to see is how Erin can flesh out the character and show the inner conflicts and issues that come along for Princess Anne in the show.

Previous article
The Crown, Season 3 Is All About Political Changes and New Character Clashes!
Next article
Former f(x) singer Amber Liu apologizes on Twitter (#BlackLivesMatter) for a clip where she made ignorant comments towards racism!!