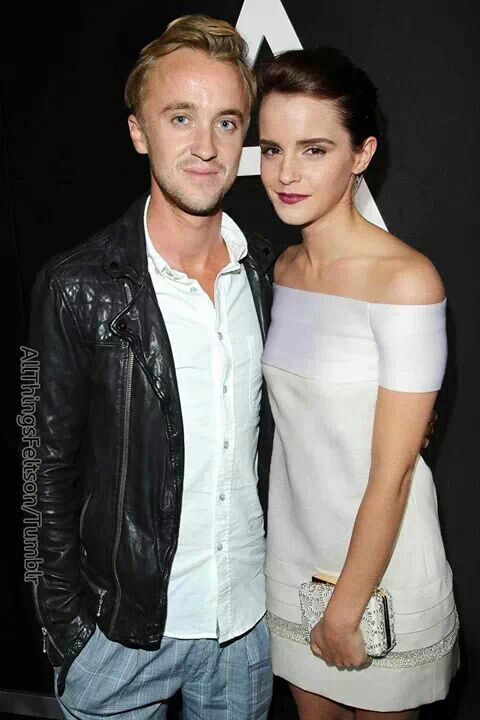 With Tom Felton posting an adorable picture of Emma Watson and him playing red hands, fans somehow have confirmed that they are two datings, and the video itself seems to confirm the news too.

This was the third time that Tom Felton has posted a throwback and has mentioned Emma Watson in it in a period of fewer than two months. If it is not love, we might not know what it is.

It was in the year 2012 that Emma Watson has admitted officially that she had a major crush on Tom Felton on “The Jonathan Ross Show.” Emma Watson revealed that she developed this crush when they were shooting the beginning parts of Harry Potter.

On the Jonathan Ross Show, Emma Watson said that she had a terrible crush on co-start Tom Felton when she was aged between 10 and 12. Emma Watson revealed that she always loved a bad guy and that he was a few years older than her. She added that he had a skateboard and that he would show a few of his tricks on the board.

Tom Felton said that they live in the same neighborhood and that he took her to a skateboarding lesson since he has not seen her in a while.

Jeremy Renner’s Halloween decoration is done with handful of disco BOO!! Is he inspired by her daughter Ava??
In The Tall Grass Review: The Promising Plotline Of The Stephen King Novella Falls Flat On The Big Screen