Elon Musk Made A Surprise Appearance At The Game Awards To Cheer For His Girlfriend. 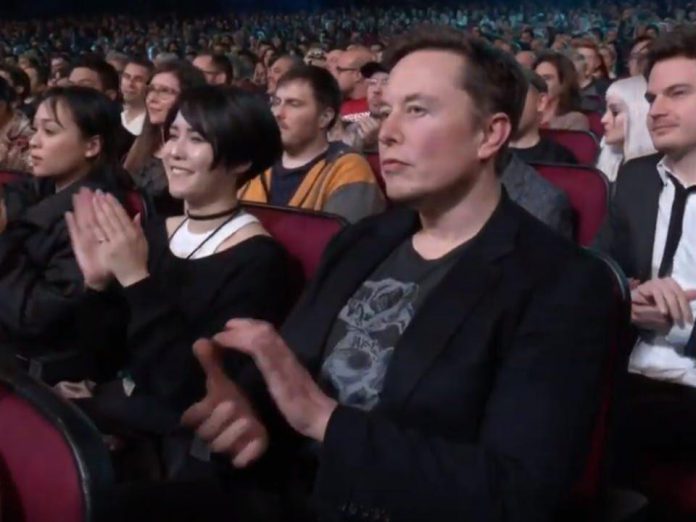 It seems like our very own Elon Musk appeared on Thursday night at The Game Awards. This award show is for the video-game industry and one of the biggest events of the year for gaming culture.

Elon Musk Made A Surprise Entry At The Game Awards!

During the ongoing performances, the camera found Elon Musk in the crowd following a performance by girlfriend Grimes. People who don’t know this but Grimes is the award-winning pop star who’s been in a relationship with Musk since 2018.

Grimes debuted a song, “4AEM,” which later was released on streaming services. Her performance which featured intense CGI visuals and special effects had a “Cyberpunk 2077” theme. The game, set to be released in April, will feature music by Grimes, and she’ll also voice a character, a pop artist named Lizzy Wizzy.

As Grime’s performance was announced in advance and was quite anticipated, many people predicted that Musk would accompany her in some way or the other. We all know that Musk is quite a big fan of games like “Overwatch” and “Mass Effect” that feature futuristic aesthetics and combat. Elon’s sudden appearance was quite a sweet gesture.

Previous article
Kensington brutal afternoon shooting: One Dead and Two Injured In A Violent Open Firing Incident!
Next article
Jeannie Mai in playful mood replies to a fan’s inappropriate comment and proves that she knows the game of words!