Elite Season 3 is all set to be released on Netflix with the premiering date announced in January 2020.

Elite is a web television series of Spain. It is a thriller teen drama created by Carlos Monte and Dario Madrona. It was originally released by Netflix on 5th October 2018. Until now the series consists of two seasons with sixteen episodes. The series was adapted for the third season and the same stated by Diego Avalos, the Chief of Spanish Netflix series on 29th August 2019. The release date for the series was announced by Netflix on Twitter on 10th January 2010. Elite season 3 will premiere on 13th March 2020. 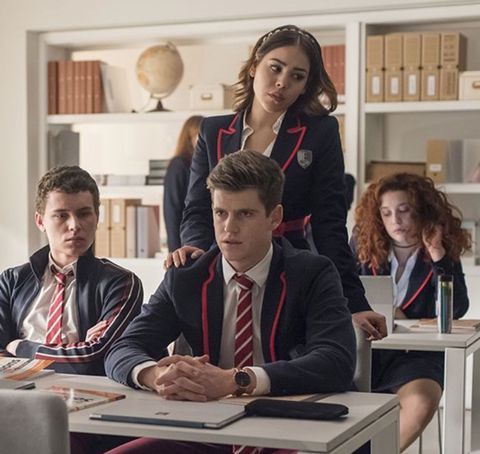 All the main cast of the earlier seasons will feature in the third season which includes Danna Paola as Lu, Mina El Hammani as Nadia, Aron Piper as Anfer, Miguel Bernardeau as Guzman, Alvaro Rico as Polo, Exter Exposito as Carla and Omar Ayusho as Omar. Additionally, Jorge Lopez as Valerio, Georgina Amoros as Cayetana and Claudia Salas as Rebeca will re-appear in season 3. Cayetna will play as the main lead alongside Polo in the third season.

The plot of Elite Season 3

Elite series focuses on the students of elite secondary schools and their friends surrounding them. In the finale of the second season, it was found that Polo was the one who murdered one of the elite students of Spain. The third season will mainly specify what will be the response of the school to the recently found news and how justice will be done? Samuel was also seen alive at the end of the second season. It is hoped that he will re-appear in the upcoming season.

The third season will consist of more thrillers and suspicion along with adventure also. It is yet to be seen how the story will unfold in the end.