Ed Sheeran Might Have Teased The Possibility Of Coming Back After His Brief Break From Music-Making! 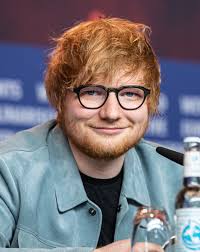 While it’s been a while since singing sensation Sheeran has released any soulful music album of his, fans have been waiting for the singer to return from the brief break that he took from music-making.

Ed Sheeran Might Be Soon Returning With His Next Big Release!

Ed Sheeran, who became a father to adorable little daughter Lyra Antarctic with wife Cherry Seaborn, made a big announcement if taking a brief break while stepping aside from performing and will he priotising his family life. However, it seems like the Perfect hitmaker finally has some big news to share with fans! This might have to do something with his much awaited return !

Moreover, his manager Stuart has also teased the possibility that the much anticipated Subtract is probably going to come out sometime around August 2021.  However, he did not not confirm anything as such but if this release is slated for 2021, then we can assume that we have to wait  for a while before Ed Sheeran releases his next big album while making up for his brief absence. So, we need to wait for another chart topper form the singer.

With the current scenario, the singer might be extending his break as it is not safe out for tour traveling at this point. While fans have been eagerly waiting more heartfelt songs from the Shape Of You hitmaker, it seem alike the singer is finally all set to come out of his brief sabbatical.