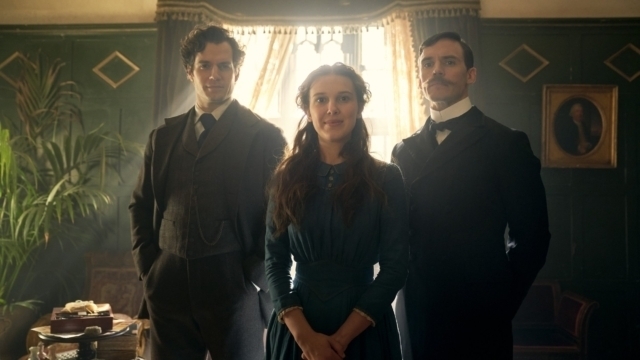 While Sherlock Holmes is helmed as an iconic figure, fans have hardly seen any adaptations in his sister’s life. Netflix is making sure that we do get a chance to see the unheard story of Sherlock’s younger sister Enola Holmes! The streaming giant is all set to stream an exclusive story on her as she goes to prove her own expertise.

Netflix Is All Set With A Brand New Trailer Of Millie Bobbi Brown As Enola Holmes!

Millie Bobbi Brown is playing the lead character of Enola Holmes who had a close bond with her mother, she taught Enola all kinds of activities that made her sharper and extremely skilled in almost every field. However, the story takes an unexpected turn when Enola wakes up one fine morning only to see that her mother is missing. Here’s the much awaited trailer of Enola Holmes and it sure looks gripping enough!

With the shocking discovery of her mother going missing, Enola does not waste any more time as she soon decides to take matters at her own hands away from her two brothers’ shadow and restrictions. How far will Enola succeed in this impossible mission? Moreover, she also goes on to make a big discovery that might have a huge effect on society.

The Film Will Focus On The Holmes Family Like Never Before!

Netflix has already released an official trailer and the film is lined up for a September release. The streaming giant however is facing a controversial lawsuit issue that is imposed on them by the Conan Doyle estate authorities. Enola’s portrayal will be lossless based on the popular Nancy Springer novels.The Multi-starrer movie is releasing on 23rd September!

Popstar Halsey Is Setting Social Media On Fire With Her Bikini Pictures! The temperature is going up peeps!
Alec And Hilaria Baldwin Are Proud Parents And Have Welcomed A Baby Boy This Fifth Time!