Does Dark Phoenix has a sequel in its future, if so, will Sophie Turner be the part or someone else? Check out the speculations and theories!!

Dark Phoenix appears to be the last movie in the franchise of X-MEN. Though, 2000 started franchise X-Men has found its conclusion in Dark Phoenix.

Obviously, Dark Phoenix starred Sophie Turner in the titular role. But the movie is seen as a clear disappointment in the franchise of X-MEN.

Although the X-Men is a vast movie franchise, the quality has never really remained constant. In fact, it is noticed that the later movies rendered the franchise dull.

Even though, Dark Phoenix is the most popular storyline of the X-MEN series it performed poorly in the cinemas. So, it looks like there is no future for Dark Phoenix 2 in the hands of Fox Studios at least. 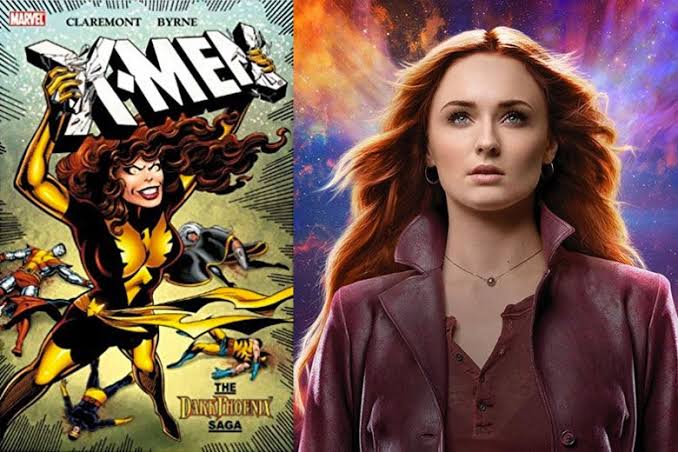 The story of the Dark Phoenix witnesses Jean Grey absorbing alien space matter. Conclusively, this leads to unlocking great mysterious powers in the mutant. Also, this presents a dilemma for Professor X (James McAvoy) and other mutants. Additionally, Jessica Chastain plays an alien pursuing Jean Grey for the powers.

Although, the storyline provides an opportunity for a big plot drive movie to conclude it was not destined to be. On the other hand, Director Simon Kinberg focuses on the dilemmas the power presents instead of turning it into a thriller.

The movie is endowed with small, subtle moments which do not hold the attention of the audience for long. This certainly proved a disappointment to the fans.

Also, character development is zero. Even though new characters were introduced, they just played a minimal part in the plot.

But the main point of failure is the potential loss in dealing with the cosmic entities. When you have aliens to portray in movies, what would you want? Surely, to present your perspective on them. That is set to be unique, but the film blunders in this aspect also.

Interestingly, the X-Men franchise is set to be handed to the Marvel Cinematic Universe. The MCU will take the reign of the mutants and mold them in their MCU.

Also, the downfall of Dark Phoenix could be its release shifting to summer. Avengers Endgame surely could not be compared to Dark Phoenix! But people had the same expectations with the Dark Phoenix which invited the doom.

In conclusion, it seems like there would be no sequel to the Dark Phoenix. Though Fox Studios has abandoned it, MCU could maybe revive the franchise. And we can get a revamped Dark Phoenix! But with new cast and crew! Though if MCU’S casting choices are taken into account, it would be an improvement nonetheless.