See also  The Larry David Story Two-part Documentary Coming On HBO This March; Trailer Is Out Now
More
HomeEntertainmentDixie D'Amelio and Griffin Johnson: The Latest Couple that Came Together through...

Dixie D’Amelio and Griffin Johnson: The Latest Couple that Came Together through TikTok. Let’s Check out their Lovely Journey. 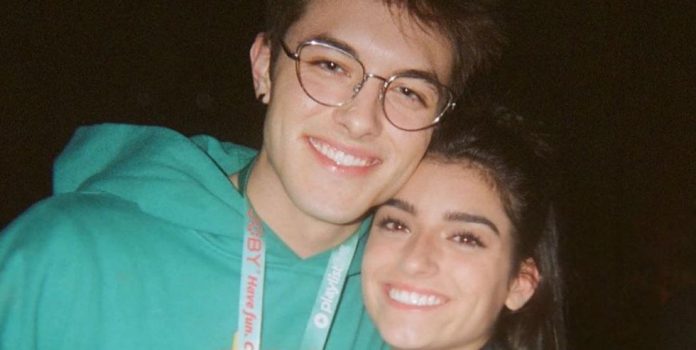 Dixie D’Amelio and Griffin Johnson, to talk of another TikTok couple. The two have been super active on the social media platform and have actively posted videos of them doing various activities together, from dancing to every day to day activity. Whenever the cutest couples are talked about, their names have always been on the list. The two never open up about their relationship status, yet, needless to say, they truly have a heart for each other that beats for the other.

Griffin Johnson is usually seen admiring his girlfriend in whatever she does, be it singing or a casual dance move that she records for her account. The two have had a good track-record of togetherness and love which is clearly shown in their videos posted. He had recently posted a picture of his girl that seemed hilarious as they were mostly candids or intentionally made to seem funny.

Not very old, on 30th March 2019, the two posted a video together in which they were all over each other and were getting cozy. Before that, they came much into the limelight on the 13th of March, 2019, when they posted a picture of them on a candlelight date. That was the time when their fans or viewers had suspected them of dating. After having asked several times, they refused to speak up about it and declare anything publicly as they preferred keeping their love life a secret from others.

The two have been beside each other at tough times of the other. Griffin was with Dixie when her wisdom tooth was uprooted, indeed, a tough time for her, yet, with her lover’s support, she could get through that phase easily with minimum pain.