See also  Linda Ronstadt's 'The Sound of My Voice': Linda has found her another voice.
Menu

See also  Linda Ronstadt's 'The Sound of My Voice': Linda has found her another voice.
Search 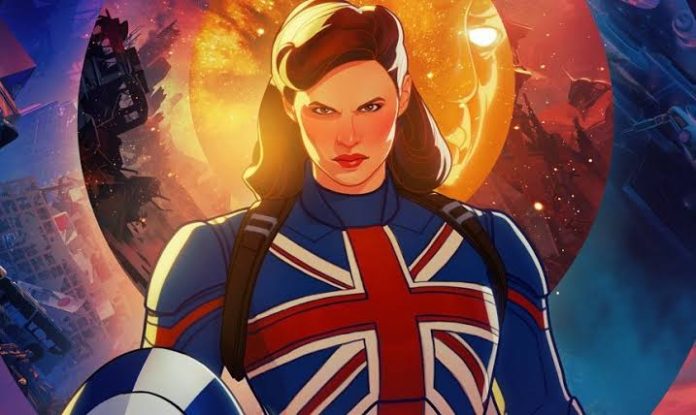 There is something new that comes from Doctor Strange in the Multiverse of Madness every day. This time, it’s not a rumor or fan theory. The information comes from Disney+ themselves.

The new trailer, as well as poster for the movie shocked fans. We got to hear Patrick Stewart’s voice as Professor Charles Xavier. A superior Iron Man variant is also speculated, and is still discussed today. Even Deadpool started trending after eagle-eyed fans caught something very similar to him in the poster. But let’s get to the topic of this article.

Captain Carter (Hayley Atwell) made her debut in the Disney+ animated series What If…?. She belongs to a timeline where Peggy Carter got the Super Soldier serum instead of Steve Rogers. The shattered glass in the poster reveals a number of Easter eggs. Each shard depicted some event. One of them was Captain Carter’s shield.

And now, Disney+’s Italian account shared a tweet regarding Captain Carter. The tweet translates as follows: “It seems that shield has recently appeared somewhere…doesn’t that sound like ‘Madness’ to you”. The tweet promoted What If...? on the service. We are not sure if Marvel planned to do such a promotion, or if the guys running the Italian Disney+ Twitter account felt a bit cheeky.

Connection to What If…?

The episode with Captain Carter ended in a similar fashion to Captain America. Peggy is found frozen in ice and thawed out in the present day. She is then recruited by Uatu the Watcher to join the Guardians of the Multiverse. She teamed up with other unlikely heroes, including the evil Doctor Strange, to defeat the evil Ultron-Vision hybrid. The character will return in season two of the animated series.

Due to numerous multiverses, we can expect Strange to enter Captain Carter’s universe. Or she will join the team as well.

Also read: MATT REEVES EXPLAINS HOW ‘THE BATMAN’ SETS UP ITS OWN BATVERSE

Nightmare on Elm Street has come to Hawkins Stranger Things season 4 came out recently, and has shown just how truly dark and sinister it can get. But now, a larger-than-life entity is terrorizing Hawkins, and this time it's not...
Celebrity

The series got renewed for season 10 in March NBC's long-running hit The Blacklist says goodbye to two of its cast members. Series regulars Amir Arison and Laura Sohn are departing the show in the season 9 finale. Arison had...
Disney+ Hotstar

The premiere times have changed at the fan screenings as well Obi-Wan Kenobi is arriving early! Well, not by entire days or anything, but by a number of hours. Disney + and the Star Wars Twitter account have stated on...
EntertainmentTop TrendingWorldCelebrityShow & Movie SeriesHollywoodTv Show