Did Miley Cyrus Accidentally Leaked Her Upcoming Songs ? Details Given Below. 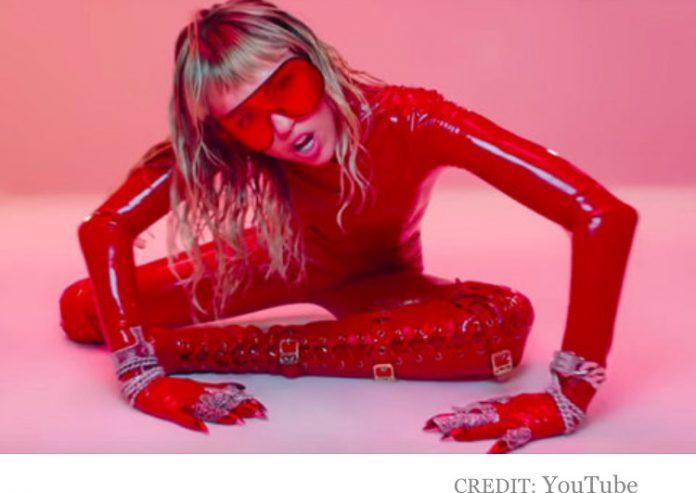 This year has surely been quite eventful for our star Miley Cyrus. She got divorced from her longtime beau Liam Hemsworth and also started dating her friend Kaitlyn Carter. But the relationship was short-lived. Now it seems like Miley Cyrus has accidentally leaked one of her songs! Let’s see what actually happened!

Her song Slide Away can be hinted at her ex Liam Hemsworth. But then Miley and Liam had a healthy breakup, and after filing for divorce, Liam wished to Miley all the health and happiness. But it seems like Miley tried to throw some shade on her former beau through her latest song, ”Slide Away.” Although this was during the time when Miley was close to Kaitlynn Carter, there is some confusion behind this speculation.

Miley has been posting some pictures on Insta, which hints at some of her inner struggles. She was recently admitted to the hospital as well. On the other hand, Now that Miley is all getting mushy with Cody Simpson, she is all about rediscovering. She recently uploaded a picture on Instagram with a caption saying, ” New.Life.Who.Dis”. It looks like Miley has left a lot of toxic issues behind and moving on with newfound love. In the picture, she was wearing a ring with her boyfriend’s initial -C.S. Let’s see how Miley copes with this rather eventful year and her dating life that seems at peace for the time being!

Previous article
GOOGLE MARKS AN EVOLUTION IN COMPUTER HISTORY THROUGH ITS “QUANTUM SUPREMACY”
Next article
Tiffany & Co. have announced their limited Luxury Advent Calendar! And it is the most expensive Advent Calendar till date!