Demon Slayer : Is there An Upcoming Season 2 ?. Everything That Fans Wanted to Know . 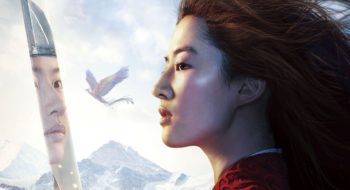 The fans of the Demon Slayer series have to wait for a longer time for the second season unfortunately. The  reason is that second season had to be pushed back due to the work on the movie, Demon Slayer: Kimetsu no Yaiba.

The news of the movie was announced a long time back by Ufotable. The news  on the movie  had been announced right after season 1 ending. Production too had started at the same time.

To say that Demon Slayer had been one of the topmost anime in the year 2019 would be no exaggeration. The anime was greatly appreciated by the audience . The critical reviews about the anime were also  highly positive.

Demon Slayer tops in the charts of Hulu, Crunchyroll, and Funimation. Sales of the anime too went over six million dollars! Takahashi, the producer of the anime had said that there were no steady plans for a second season. Nothing was revealed  about the movie nor the second season at that time.

Takahashi had made it clear that the future of the anime depends on it’s fans. He added that the second season would be made if there was enough support for the anime from the fans.

It seems that the producer Takahashi  needs no more assurance. The support for the series from the fans is hundred percent. Also, it is a big hit that has been trending on twitter from the 19th episode. No information about the release date yet has been declared.

A major twist  took place in the 26th episode. We could  see that the episode had more animation directors than usual.  Both 25th and 26th episodes  showed glimpses of the Demon Train arc,which would be the main feature of the upcoming Demon Slayer movie.

Previous article
AfterWrapping ‘To All The Boys 3’ Noah Centineo Reveals How He SaidGoodbye To Peter Kavinsky And What He felt About It.
Next article
Alexis Ren is “very good at monogamy,” Noah Centineo Praises his Girlfriend.