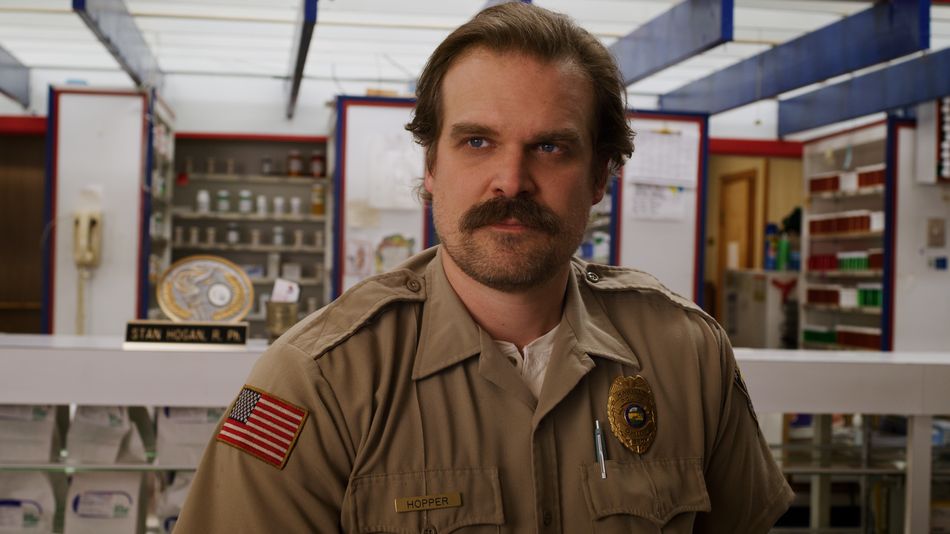 While fans are overjoyed after Netflix made the big revelation of Hopper being alive in the first season 4 teaser. While the third season pretty much teaser the possibility of Hopper being dead leaving fans devastated, his resurrection was the great surprise for Stranger Things fanatics.

David Harbour has opened up about his character’s return and compared it with another iconic character from a popular film franchise! According to the actor, his return is almost like Gandalf’s resurrection in Lord of the Rings!

When asked about his total makeover and shocking return, David Harbour poems about Hopper transformation and how important it is. Here’s the first look teaser that shows Hopper’s much-awaited return. Hopper is looking completely differently in this teaser for season 4.

From Russia with love…

The Actor Feels Hopper’s Resurrection Is A Lot Like Gandalf’s Return!

According to the actor, it is the same guy but in a different vein altogether. Moreover, Harbour explains how Hopper had to change as he could not go on the way he was going on. This change was necessary for his character’s growth and also being significant to the plot as well. So, we are about to see a changes Hopper.

Moreover, while  production for the much-awaited season 4 has been withheld given the pandemic terror, the fourth season will be the most important as the story will be tying up all the loose ends left behind in the season 3 finale. David Harbour further compared his fight scene with that of Gandalf’s with the Balrog! While any additional details about the upcoming season has been kept under wraps but expect intense action as Hopper tries to break free from his current situation.

Aaron Sorkin Revisits History In This New Netflix Movie, The Trial Of The Chicago 7! Check out what we think of this movie.
American Murder: The Family Next Door- the featured house hasn’t been sold even after 2 years! But what is the reason behind it? Check it out.