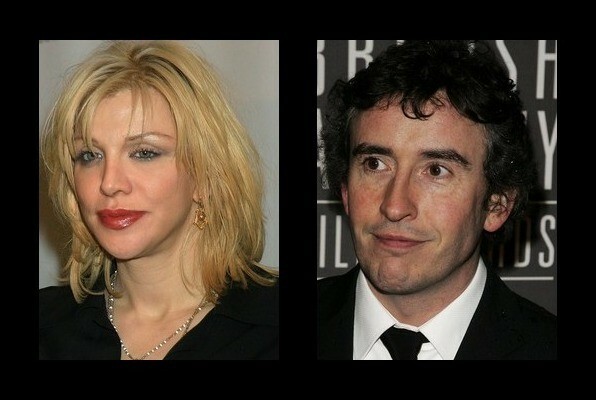 It seems like a celeb has made a rather shocking confession about some of her personal relationships earlier and this includes a casual fling with a British comedian as well!

Courtney Love was hundred per cent candid while talking about her life’s greatest shames and how one of them is a fling with a British comedian! The whole thing came in focus when she called her 2004 album, America’s Sweetheart, one of her life’s great shames!

While talking about it further, Courtney Love says that one day she might now hate the record so much, it had some good songs but mentioned how Steve Coogan, or crack, will be one of her life’s great shames. The artists did not forget to mention another thing that includes period, sloppiness, men, money drugs which all were a huge nightmare.

The Artist Also Talks About Her Brief Romance With Steve Coogan!

However, not all thing was bad enough as the artists recalled how Chateau Miraval where they made it was not that bad, she joked about how she just wanted to be in a chateau for six months and do drugs!

Here's @Courtney Love on new solo music, the future of Hole, the music of Frances Bean, memories of Pete Burns, and the magic of a good battered sausage https://t.co/cSBNJUs8Ib

Courtney Love and Coogan dated for a brief amount of time back in 2005, while talking about the short-lived romance, Love admitted that she was not quite familiar with Coogan’s popular television character Alan Partridge.Well, while the relationship was a short lived one, it seems like it did not leave behind too many good memories for the artists and has made it into her list of greatest shames! The breakup , however, had a pretty controversial aftermath with rumours that claimed Courtney being pregnant with Coogan’s child which was false after all!

Japanese anime series Dororo’s season 2 getting closer to a dead end. Read latest updates here
Taraji P. Henson shares her experience of telling her son that his dad was murdered