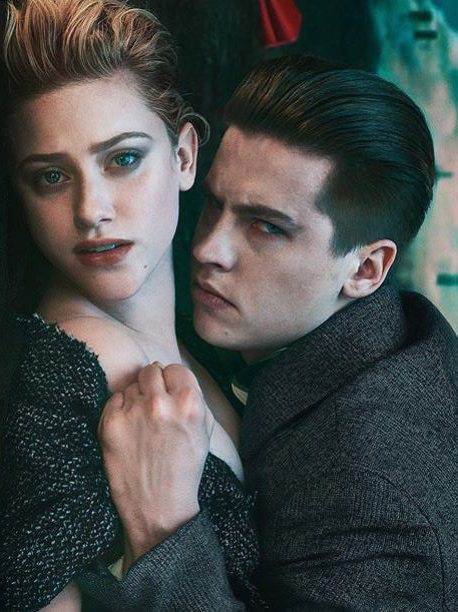 The Riverdale co-stars who are dating for two years now are the latest teen soap sensation going through personal and professional dilemma as reports US Weekly. Navigating the offscreen romance for on-screen teen soap couples have a stressful situation; it is a tradition with many honorable mentions since the mid-2000s.

Last week US Weekly reported that Lili Reinhart,22, and Cole Sprouse, 26 had broken up. The Riverdale costars were seen keeping an unusual distance from each other at the Entertainment Weekly Comic-Con Party in San Diego on July 21 highlighted the sources. They were rarely to be seen together even with the whole cast of the show mingling together at the same party.

The speculation comes as a shock to the teen sensations fans, amassing more than 36 million followers on Instagram together. The on-screen couple regularly appears on each other’s Instagram feed until recently when Lili posted a pic of Cole and herself with the cryptic caption ‘Please don’t put me between these two ever again,’ a couple of days before rumors of a breakup started circulating.

Please don’t put me between these two ever again.

If sources at E! News are to be trusted and believed the couple broke up earlier this summer and have since been living separately. It also says the pair are intentionally keeping a distance from each other, but with the show back in production, they are in much better terms.

Adding to story W magazine launched its brand-new cover featuring Cole and Lili in the vampires styled themed with the reporter confirming their breakup as the pair requested separate interviews back in May.

Finally, hours after the covers release the duo shared the same on their Instagram feed mocking their breakup rumors. Lile captioned the post ’A reliable source has confirmed that none of you Know the Shit’ and Cole followed suit in his quirky manner. But there’s something between the lines as none of them have tagged each other in the post, and neither has denied or confirmed their relationship.

Is Descendants 3 really a perfect Ending tribute to Cameron Boyce? Certainly a perfect ending to Trilogy.
“Jane the Virgin”, turned 35 and getting retired from the show!
Comment