Chris Hemsworth teams up with conservationists Terri and Robert Irwin for the tourist campaign for Australia ‘Come to Live our Philausophy’.!! 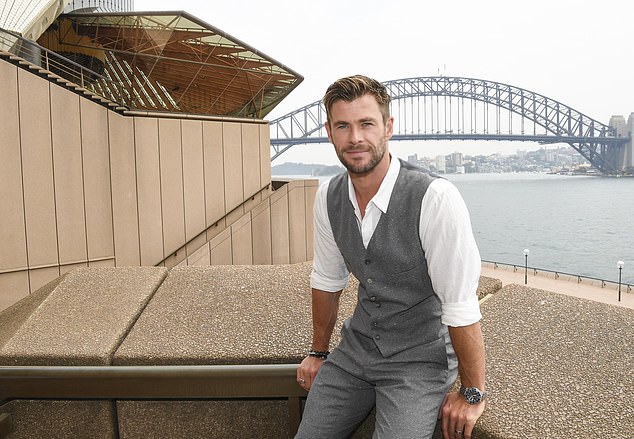 The $38milion new marketing campaign invites tourists all over the world to ‘Come to Live our Philausophy’.

Chris Hemsworth is the featuring ambassador of the advertisement which makes it more exciting since we will have a glimpse of him after a quite gap.

Though the campaign has received mixed reviews.

The line of “philausophy” Has been quite disapproved by the people, the three-year global campaign has failed to excite the tourist and the residents of Australia.

Chris, being the global ambassador for Tourism Australia, attended the launch of the campaign and appreciated the campaign for focusing on the assets of Nation that is Australian people and their personality.

The tourism in Australia is the foremost source of income to many residents about $143 billion net worth, and that’s huge enough.

Tourism helps in shaping the economy of Australia, so it’s quite obvious to have a huge focus on it.

And yes people for obvious can’t expect this blunder because it’s all about their income.

Therefore, Hemsworth was included in the campaign by Australian icons Terri and Robert Irwin in the launch on  Wednesday in Sydney Opera House.

Another huge names like surfer Mick fanning, singer Kylie Minogue, comedian Adam Hills and Kathy Lette are also have been made a part of the campaign.

Previous article
Nicole Shares Cute Birthday Message For Hubby Urban!!!! Is Skarsgard Ok With It?
Next article
Disney+ is planning to takeover the Market! The animation sitcom ‘The Simpson’s are on their way to return back, but this time with Disney+!!!