Chilling Adventures of Sabrina: The Spell-Binding Show will Return with Season 4, But When? Let’s Find Out all the Latest Updates 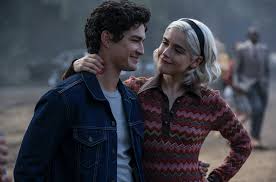 Chilling Adventures of Sabrina which is quite a spellbinding watch, is based on the comics of the same name and set in the same universe as its fellow teen drama Riverdale. The part 4 of Chilling Adventures of Sabrina  has already been confirmed. Netflix had ordered 16 episodes back in December 2018. These are split into Parts 3 and 4. Part 3 has already landed on Netflix in January 2020.

If we follow the release pattern of the first two batches (Part 1 was released in October 2018, with Part 2 following in April 2019) we can expect Part 4 to land towards the end of 2020. Part 4 is under production currently.

In Part 3, we saw that Sabrina is heading  to the depths of Hell to rescue her boyfriend. The series has been expanded on the show’s mythology, introducing viewers to a whole new (under)world.

Since Sabrina is Sabrina, she cannot just let the injustices happening in Hell go unchallenged. She vows to bring new management to Satan’s realm. A leaf is taken out of the Avengers: Endgame playbook and messed around with the past different timelines, which results in two co-existing Sabrinas in the present day – one that rules Hell, and one that returns to Greendale.

Showrunner Roberto Aguirre-Sacasa told  that Part 4 would likely be “following both Sabrinas simultaneously going forward.”It’s unclear what will be the focus of Part 4 yet. Each episode of Part 4 is like its own mini horror movie, which is exciting, he added.