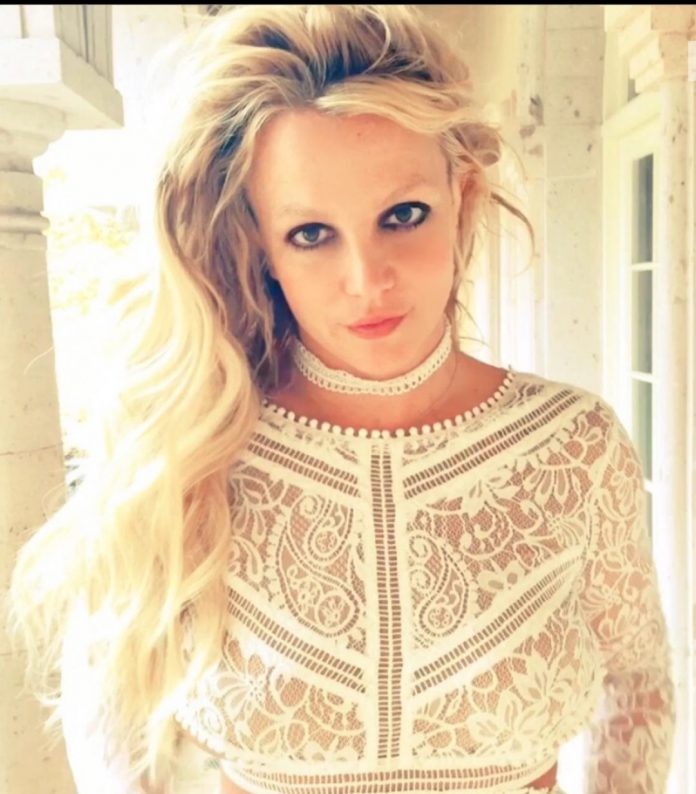 Britney Spears shared some yoga poses in a purple bikini with fans on Instagram.
The singer wore tennis shoes along with a lavender polka dot bikini. She accessorized her look with a white necklace and held her hair in a loose casual bun.

The 38-year old singer disclosed her fitness plans for 2020 in a long caption along with the posted video. The 45 seconds video had a caption that read: “In 2020 I will be doing a lot more acro yoga and the basics for yoga ….” Considering herself a beginner, she said that it’s hard to let go, learning to trust and to let someone else control your body.

As Britney looked into the camera, she said that she’s going to do a little bit of yoga to open up her back and my chest. Looking forward to a beautiful day, the lady rotated the camera towards her playful dogs greeting them with a “Hi”. A pet lover Britney called her dogs as her babies.

The Toxic singer stood with her feet her hips distance apart and rotated her neck 360° for a start. As the video changed color, Britney performed multiple yoga poses. Hip swivel, cat pose, and straight spine posture followed soon in the video.

As the singer had more to say, she thanked Mother Nature and wrote that she grounds her and helps her find her feet and always opens her mind when she steps outside. Taking the edge of the beautiful weather, Britney considered herself lucky with the day.

And there was more to say. The singer told her fans that she had just flown in from a trip with her family and ran a 6.8 speed outside her house for a 100-meter yard dash, The star apologized for her swollen legs as she had hurt her thigh. Wishing her fans a wonderful new year, Britney concluded the caption joking at the end about her tennis shoes while doing yoga.

Britney is a mother to sons Sean, 14, and Jayden, 13, with ex-husband Kevin Federline. She has been dating Sam Asghari for the past two years.