Netflix has long waited its highly appreciated show Bridgerton. Finally, the season 3 is going to release anytime soon. But before that, a very interesting news has come through the sources.

Hannah New, the star who rocked in Black Sails is joining the cast. She is playing the role of a firebrand widow. Her character is named as Lady Tilley Arnold. New is depicted as a widow since early age. She enjoys the privilege and power which comes because of his husband’s estate. She is living her life with full financial freedom.

New is greatly admired for her role as Eleanor Guthrie throughout 4 seasons of Starz’ Black Sails. She also came in the film Maleficient in 2014. In it she played the role of Leila along with Angelina Jolie. 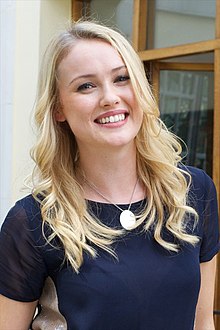 The other cast includes Daniel Francis, Sam Phillips and James Phoon as well as Hannah Dodd who will be playing Francesa Bridgerton in recasting of the previous seasons. The first episode of Bridgerton will be titled as Out Of THe Shadows which is helmed by new showrunner Jess Brownell who is replacing Chris Van Dusen.

Hannah New has some greatest works and has always been so genuine with her work. Bridgerton is one of the best running series on Netflix and has made a good amount of audience. The sweetness of Hannah will absolutely add to its fandom. The season 3 will shortly appear on Netflix with the number of episodes awaited. She is one of the genuine artists in the industry.