Brad Pitt is back in Dating Game and looks like he has found his soulmate?? Its not Jennifer Aniston!! 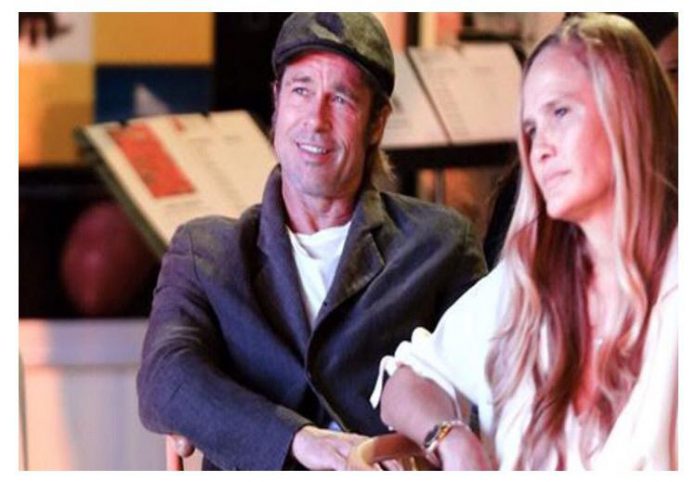 It seems like after a tough divorce from Angelina Jolie Brad Pitt is back in the dating game! There was some speculation about Brad reconciling with Jennifer Aniston, but it seems like it’s not her. Let us find out more about this mystery, woman.

Who Is This New Mystery Woman In Brad Pitt’s Life?

Apparently, Brad Pitt is spotted with Sat Hari Khalsa. She is a jewelry designer and takes inspiration from Hinduism. Recently, Brad Pitt was grabbing attention for the apparent love triangle he is in between his former lover and recently divorced wife! But it seems like some else has taken over Brad Pitt’s heart!

The 55-year-old Fight Club star has been going out with Sat Hari Khalsa. According to sources, they have been dating for over a year now, and it seems like they are going quite strong at this point. They first met at a charity gala event last year.

This Woman Is A Holistic Healer As Well!

Moreover, Sat Hari Khalsa is a jewelry designer. Apart from that, she is also a holistic healer. Her client base includes celebs like Emma Watson, Julia Roberts, and even Jennifer Aniston. She has also been to India for studying purposes, where she also got her interest in jewelry making and holistic healing. It seems like Brad Pitt is healed with the Cupid’s love arrow! Brad Pitt has not revealed anything regarding his last love as off now. It seems like he wants to keep it a gush hush affair to avoid any controversy.

It seems like the previous speculations are not true, and he is not getting back with any of his exes! He is apparently happy with his newfound love. We wonder what Jennifer Aniston And Angelina Jolie have to say. About all this. Let’s wait and watch.

Previous article
Netflix Drops The Witcher Trailer This Halloween. Can It Be The Next Big Thing?
Next article
Teyana Taylor and Kehlani Collaboration Is Setting The Records On Fire “Morning”!!