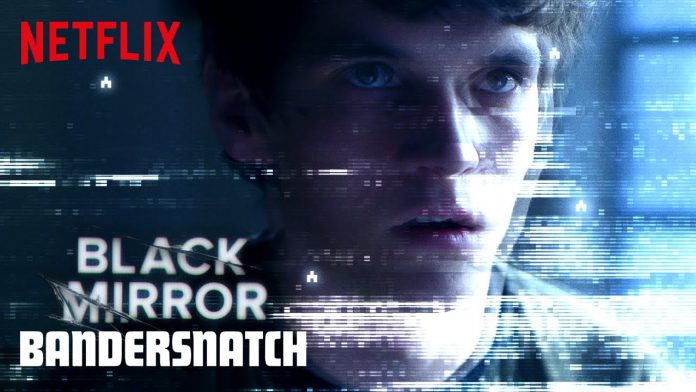 The film beat out top contenders like HBO’s ‘Deadwood: The Movie,’ ‘Brexit and My Dinner with Herve’ and Amazon’s contemporary take on ‘King Lear’, reported The Hollywood Reporter.

“Being British, we were conditioned for 52 percent of you to vote for Brexit,” Black Mirror creator Charlie Brooker joked while accepting the award and left the audience in splits.

Tonight’s victory was just one of several enjoyed by the revolutionary piece of media, which took home the prize for Best Game Writing at this year Nebula Awards back in May and Outstanding Creative Achievement in Interactive Media Within a Scripted Program at last weekend’s Creative Emmys. The second honor was certainly earned since the film required a brand new computer program just to map out all of the possibilities, which is indeed super amazing.

See also  Gucci Mane Drops New Track "Publicity Stunt" as his Response To YoungBoy
He also made a point to thank Netflix’s tech team in addition to the creative executives for helping in making the interactive part possible.

Written by Brooker, Bandersnatch tells the story of a young developer (Dunkirk‘s Fionn Whitehead) who slowly loses his mind while trying to adopt a sweeping fantasy novel into a video game in 1984. The film, which reportedly has a trillion different choice combinations, was directed by David Slade, a veteran of the anthology’s Season 4 episode, “Metalhead.” Despite mixed kind of reviews from critics, Bandersnatch still managed to turn the internet world upside down, leading to a whole variety of viral Twitter memes.

Will Pouter, Craig Parkinson, Alice Lowe, and Asim Chaudhry all cost-star in the interactive movie, which is just the first many adult-oriented “Choose Your Own Adventure” undertakings at Netflix. 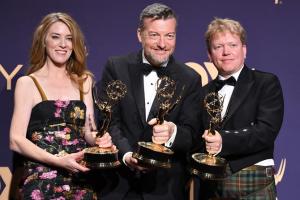 See also  "Attack of Titan" is Back with Another Amazing Season, But has the Release Date been Announced yet? Check Out.

Fellow executive producer Annabel Jones also singled out ‘Deadwood’ creator David Milch, stating it was a “particular honor” to be included in a category with the four-time Emmy winner.

‘Black Mirror: Bandersnatch’ stars Fionn Whitehead as a programmer who’s working on a video game in 1984.