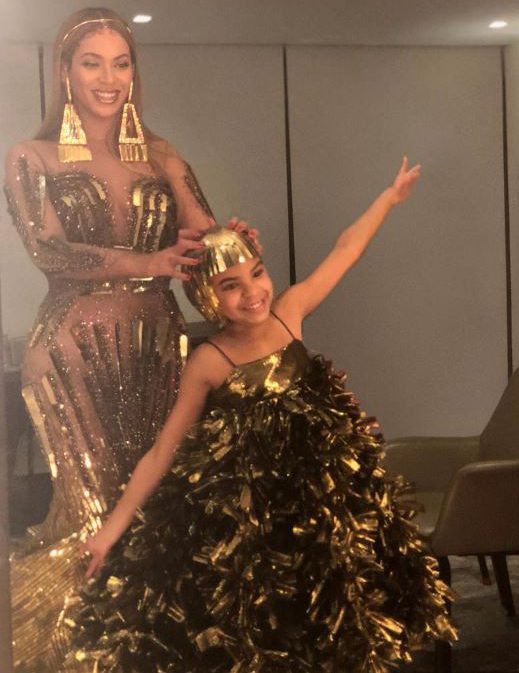 American singer and songwriter, Beyonce calls daughter Blue Ivy Carter, a ‘cultural icon’ in a trademark battle. The singer claims that the trademark is for her daughter’s full name that is, Blue Ivy Carter. The addition of ‘Carter’ indicates the commercial impression of BGK’s mark to celebrity Blue Ivy Carter rather than opposition’s regional event wedding planner.

Beyonce has become locked in a legal battle over the trademark. The event wedding planner Wendy Morales argues Beyonce should not be allowed to trademark the name as it would harm the business.

Morales argued that her business was already using the name ‘Blue Ivy’ before her daughter Carter was born.

All this is not stopping Beyonce from backing down. Beyonce is firmed to get her daughter’s name trademark. Beyonce tried to trademark the name in back 2012 when Carter was born. They were denied the trademark request. So they applied again in 2017.

Wendy Morale is a wedding planner based in Boston and LA. She apposed to the trademark request of 2017. According to her, in the document, she stated that her business started in 2009, which is three years before Blue Ivy Carter was born.

Wendy claims that people will confuse between Beyonce’s daughter and her boutique wedding planner. This will hurt her business says, Wendy. She calls Beyonce as a fraud as Blue Ivy’s name is not for business.

On the other hand, Beyonce says the trademark will benefit her business. Since Carter’s birth, the business has grown eventually. Blue Ivy Carter has owned a significant amount of fame at such a young age.

Carter has a well-chronicled interest in fashion. These factors make Blue Ivy Carter the face of any future brand. Beyonce points out Morales’ business small that comprises of three regional offices and a handful of employees.

The 100 season 7 to unravel the mystery behind Anomaly but it is yet to be released! Deets inside!!
Gigi Hadid puts an swift end to a runway mishap at the finale of the Paris fashion week and people can’t stop laughing about it!