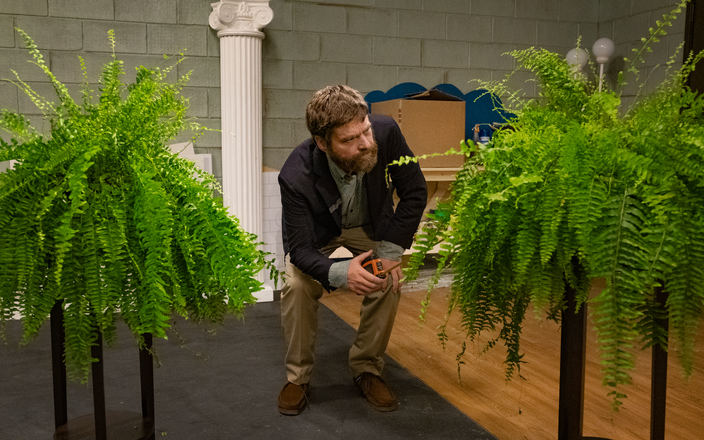 This Friday, Netflix released its latest mockumentary Between Two Ferns. The movie is based on the web comedy series that goes with the same name. The series Between Two Ferns was a viral sensation since its debut in 2008. In the series, actor, Zach Galifianakis interviewed some famous people and asked them awkward, embarrassing and uncomfortable questions.

In 2008, Zach came out as a movie star with his movie The Hangover. Now again, we have Zach in the mockumentary of the show Between Two Ferns. 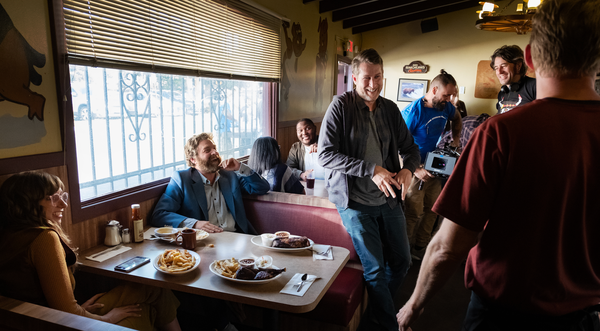 The series came into existence when Zach and Scott, both were looking for a video project to do. And the duo realized that both had already earlier hosted low budget public access TV shows. “All he had was the title, Between Two Ferns and that made me laugh really hard, because I knew coming from public access, they don’t have a lot of set design, and at most they’ll just have two giant plants there, in order to add some color to the frame and fill it up” Scott Aukerman had said about the series. 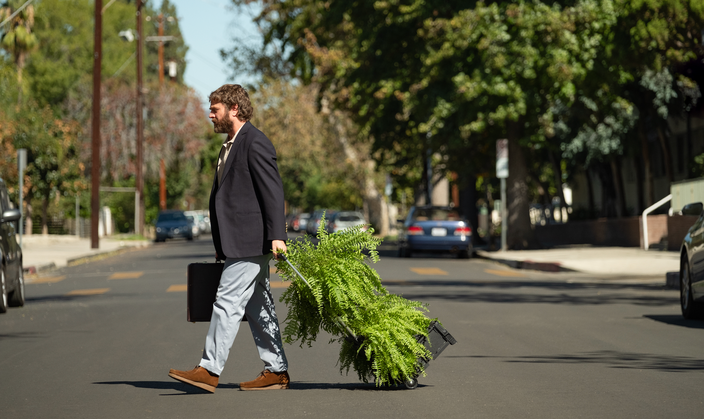 Now, the series is a Netflix movie and it marks Scott’s first feature-length directorial. The movie features Zach taking a road trip to interview famous personalities to restore his reputation after Will Ferrell uploads his show Between Two Ferns to Funny Or Die.