Being with Miley Cyrus was a big mistake for Kaitlynn Carter?? She revealed about her challenges after splitting with her! 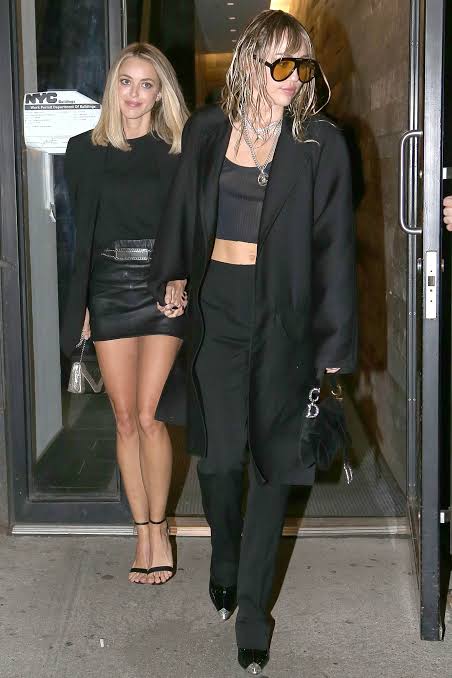 Almost dating for a month, celebrity couple Miley Cyrus and Kaitlynn Carter decided to separate their ways and called it quits, On 21st of October, it was reported by the popular magazine ‘People’ that the two stars no longer share a romantic relationship with each other and has decided to part their ways.

Effects of the split on Kaitlynn

It seemed that she had gone miserable after the split and it had affected her immensely, but the confirmation on the rumor arrived when one of the Instagram fans of Kaitlynn, the fan questioned on the selfie post where Kaitlynn wearing bikini is looking extremely skinny, ‘ Oh Kaitlynn u look too thin r u ok you are so beautiful hope all is ok it was nice to see you healthy for a bit modeling it was normal it seems like the new norm is being shown as super-thin is only exceptional” asked the concerned Instagram user, Kaitlynn got real and replied that she had gone some shit lately, this answer was enough to tell that separation had left her torn and in misery.

Insights on Miley and Kaitlynn relationship

Miley Cyrus and Kaitlynn ignited rumors about their relationship as they went on a vacation in Italy and shared a lip kiss; since then, pictures of their kiss started floating everywhere in the media. After few months of her marriage with Liam Hemsworth, Miley and Liam got divorced, and Kaitlynn too got separated from her husband Brody Jenner; many sources have argued that because of Miley and Kaitlynn’s proximity with each other has led to the separation with their husbands.

After they got divorced from their respective husbands since then, Miley and Kaitlynn used to hang out with each other on vacations, parties, and many other events, but now they are no longer together.

Kaitlynn is an American Blogger and business executive; she married American actor and social media star, Brody Jenner, in 2017.

Previous article
Cameron Douglas claims his father, Michael Douglas was the one who introduced him to the world of drugs!!
Next article
Miley Cyrus leaked her upcoming album’s tracklist!! Is this list legit or its just prank with fans??