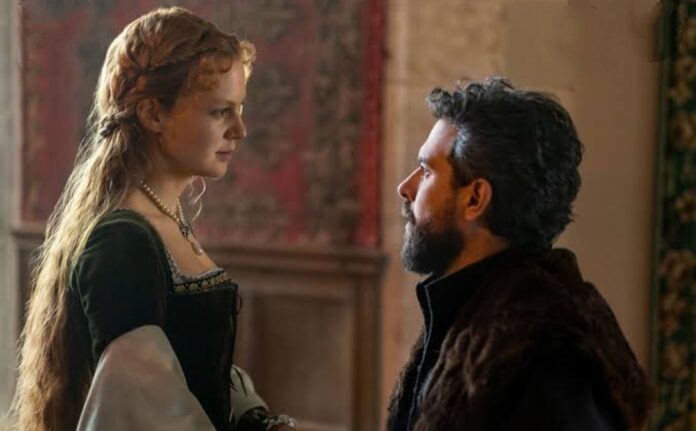 Becoming Elizabeth to take you back in history

While historical dramas always makes everyone relive the historical past. Viewers are yet again to experience the same with Starz’s new drama arriving “ Becoming Elizabeth ”. The story of this new historical drama claims to take you in the time period of Queen Elizabeth I. So, what else it promises to show you?

Read ahead to know more about the Starz’s new drama “ Becoming Elizabeth ”.

The Starz’s historical drama arriving soon has dropped an amazing trailer and it’s certainly hard to miss. While we see horses running in the beginning of the trailer. Queen Elizabeth I just can’t be missed. The trailer shows the wars, the struggles of the young girl who fights all the odds to become a queen later.

The dropped trailer even shows Elizabeth and her siblings. While she is told to get married too. Death of the king in the trailer brings things to a really tougher phase for Elizabeth. As she stands by her words and fights all her battles like a true queen.

Starz’s historical drama to arrive in June this summer

While the Starz’s historical drama would be focusing on the young girl Elizabeth I before she became the queen. The dropped teaser has surely hinted at what viewers can expect to see this time. Meanwhile, the trailer has even shown the release date for the drama.

As the drama is created and written by Anya Reiss. The drama is arriving to have a premiere on Starz on Sunday 12th June at 9pm. Meanwhile, the drama is to show Elizabeth played by Alicia von Rittberg, Mary played by Ramola Garai, Edward played by Oliver Zetterstorm and many more. Till then, you can watch the trailer for Becoming Elizabeth below.

Also read: Bridgerton Season 2 Has Broken Its Own Record Of Season 1