At Joel Osteen’s Houston Kanye West affirmed that God Is The Only Superstar and he has dedicated “Jesus is King” , a revolution of Christian rap!! 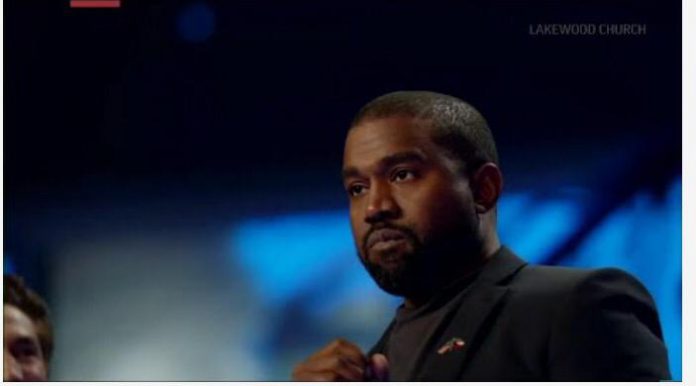 We all love Kanye West! Kanye West has broken quite some records with his works and recently it seems like Kanye has discovered a spiritual realm altogether! Does this have anything to do with his new album? Let’s find out.

Kanye West Guided By God Himself!

Recently Kanye said parishioners at Joel Osteen’s Houston that he is not after money or dame but rather the rapper is in service to God. He has felt this sudden spiritual reawakening within him. Kanye opened up about this newfound revelation in front of sixteen thousand people at Lakewood Church’s 11 a.m. service during an interview with Osteen from the stage.

The Rapper Getting Visions From God.

Kanye West said that Christianity and God have been guiding him in his life. He further stated that God has been calling him for a long time but he was distracted by the devil all this time. Ring 2016, he had a mental breakdown and God has been sending him visions and inspiring him.

According to the rapper, the only superstar that exists is God! He recently released an album named Jesus is King, a Gospel themed album described as Christian rap. Kanye has been preaching religious beliefs since then. He says that he has found this new path where he is solely guided by GOD.

Previous article
Bits of Happiness was shared when Kathie Lee Gifford’s Daughter Cassidy announced her Engagement!!
Next article
The twilight star Robert Pattinson meets his co-star from the movie, to know who’s the actor….stay tuned to the full story!