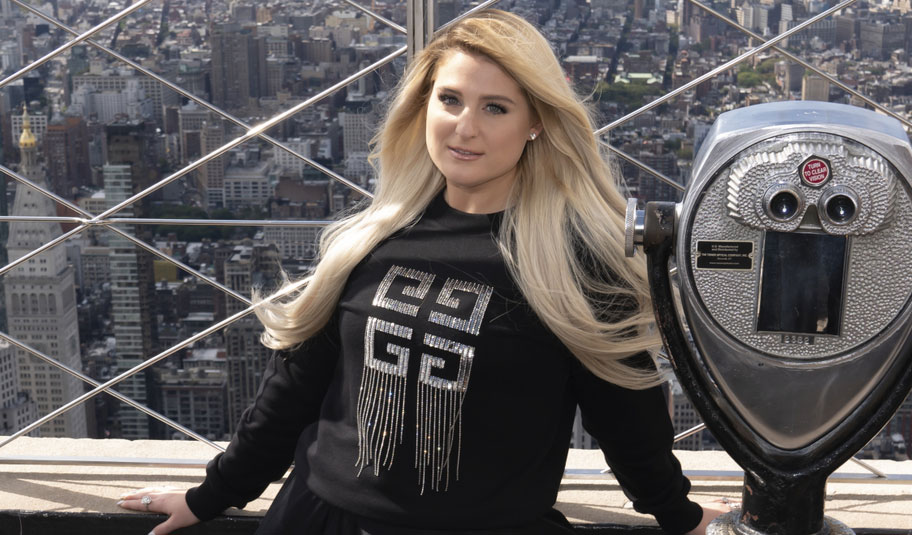 Popular singer Meghan Trainor is all set to cover the rendition of the Rembrandts‘ 1995 hit song “I’ll be there for you” from the iconic show “Friends”.

Surprisingly, it will arrive at the same time Friends debuted 25 years ago on NBC.

According to reports from Rolling Stone, the cover of the song will release on September 22 at 8.30m (EST) on iHeart Radio’s Z100.

Meanwhile, it will also coincide with an exceptional light show that will take place at the Empire State Building. The top of the building will be turning into blue, yellow, and red in reference to the TV show’s logo.

Moreover, Meghan is a self-proclaimed diehard fan of Friends. While speaking to Rolling Stone, she shared her excitement saying recording the series’ theme song was a “dream come true.”

On her love for the show, Meghan said that she has seen “every episode multiple times.” She couldn’t believe in her good luck and hopes to make them [the Rembrandts] “proud.”

The all-time favorite “I’ll Be There For You” was written by the Rembrandts in collaboration with Friends creators Marta Kauffman and David Crane.

Interesting Line-ups ahead of the 25th anniversary of Friends

Meghan’s cover of the song is one of several events that will celebrate the 25th anniversary of the hit sitcom. Friends ran from 1994 to 2004.

Also, the replicas of the iconic Central Perk orange couch is traveling around the world this September. This includes New York City, Los Angeles, Madrid, and London.

Furthermore, Warner Bros have also opened a pop-up exhibit in New York City, titled “The One with the Pop-up.” This exhibition is centered around the universe of Friends.

The exhibition will run until October 6. It will feature more than 50 original props from the show. This includes Rachel’s reconciliation letter to Ross and headshots of Joey in a mock-up installation of his and Chandler’s apartment.

However, tickets to the pop-up exhibit are sold out, although fans can still visit the museum’s gift shop in SoHo.

Amber Heard fires back at critics over her topless photo!
“‘Special’ is how he felt at the event!”: Brad Pitt praises Kanye West for his Sunday Service.