Ariel Winter & Luke Benward are more comfortable with each other then ever before! checkout Why?? 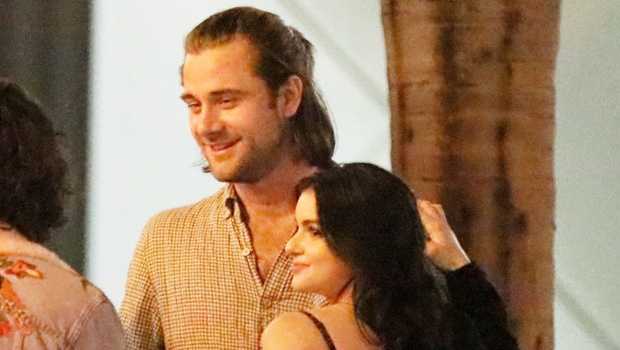 Ariel Winter and Luke Benward is seen together and are having fun. Ariel Winter 21 broke up with Breaking Bad star Levi Meaden, 31, on October 11.

But it was known that they split up in August. It was such a sad news because they had been together for three years. It was Ariel who initiated in breaking up by giving a reason that they have a huge age gap. She said that she does not want to be a home alone person and that she wants to enjoy and be out with friends and everyone. In fact, we cannot actually blame her for it because it is actually each person’s choice and opinions.
Well now, Ariel is seen with Luke, and it is noticed that they have a pretty good bond between them. Luke and Ariel do not have that much of an age gap also. Luke is 24, and Ariel 21, so now would not have that much of an age gap as Ariel and Levi had, where Levi was 31.
The pair are seen together in so many different places. They both are happy together also. Both of them were best friends for a very long time. But now it has changed, and their relationship has changed with love into it. They have different intimacy altogether now.
They have been sitting close and eating together, outing, and went to different places together. Sources say that both are really happy, and now Ariel is able to enjoy more in her life, not like her previous relationship.
Levi and Ariel also have a good bond now. Even. Even though they broke up after such a long time relationship, they both do not have anger or anything on each other. They are both on talking terms and understanding each other well. Hopefully, now this would work between them and would not end like Ariel’s previous relationship ended, which was of a 3-year relationship. He’s ‘Happier Than Ever’ 4 Months AfterLevi Meaden Breakup
Previous article
A 7 year old juvenile invited to The Voice show as he befriends with Blake Shelton
Next article
Academy Award Winner Jennifer Hudson…Is Aretha Franklin…Find Out What It Means, In Theaters 2020.”