More
HomeEntertainmentAre Colton Underwood and Lucy Hale dating after his recent breakup with...

Are Colton Underwood and Lucy Hale dating after his recent breakup with Cassie Randolph? Check it out! 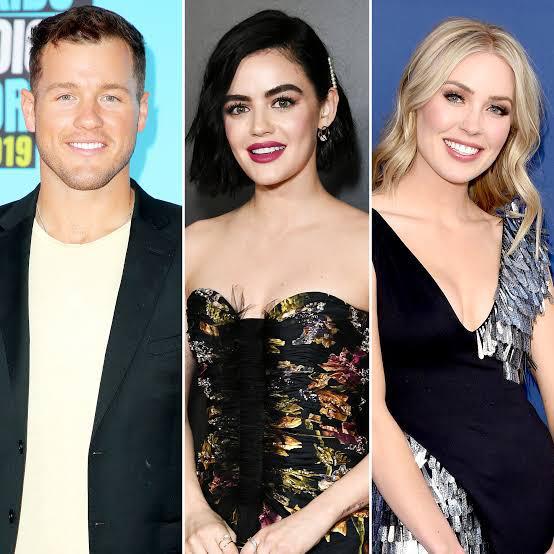 It seems like Lucy Hale has found love during this quarantine and is reportedly dating Colton Underwood. The two have recently been spotted together on a hike together in Los Angeles.

Lucy Hale And Colton Underwood Are Reportedly Dating! Here’s What We Know.

While The Bachelor star was dating Cassie Randolph, that seems to b over for good, and Hale and Colton are an item now by the looks of it. According to sources, the two are going put on several hike dates and have been seeing each a lot than usual.

As far as the ex-couple Cassie and Colton are concerned they are surely not getting together after the had officially announced their breakup via their respective Instagram accounts saying that sometimes it’s better for some people to just be friends. However, the breakup soon became a bit too messier and dramatic. The whole drama went to the point where Randolph even accused Colton of making money and monetizing their break up. Take a look at the social media post made by Cassie and Colton.

Colton Recently Came Out Of A Messy Breakup With Cassie Randolph!

While that part of surely over for both of them and the two have moved on for good, Colton soon found love in Pretty Little Liars star Lucy Hale. While the two have yet not made things official via their social media accounts. However, we are sure that might happen soon enough!

While the couple has been moving on we wonder what will Cassie say about this new woman in Underwood’s life after his dramatic breakup. Are we going to see another social media blame game soon enough? Well, that might happen after all!