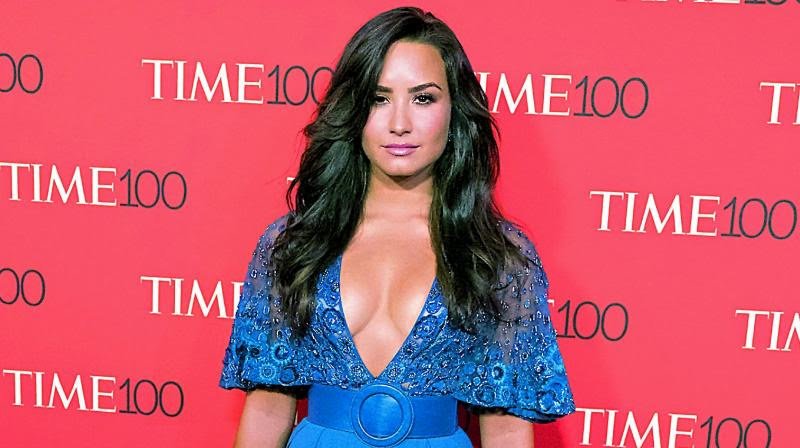 Demi Lovato became another victim of internet abuse when some nasty elements hacked her Snapchat account and leaked her private images. A strange Snapchat story was posted on her account, which read, “Join this for discord server for my nudes.” Somehow all these pictures were deleted within an hour from the internet by the singer’s media team after fans reported for the same.

No photoshop pls & thank u. Also big thanks to @izabelag4 & @maremareswimw for my new fav bikini… y’all know my thing for leopard print bikinis and now of course lime green 💚💚💚

Demi’s fans were highly raged with this shameful act and considered this to be disrespectful and that the hackers should be ashamed. One of the fans considered leaking of celebrity’s nude images as classless and disrespectful, while another said it to be a disgrace to respect and humanity.

One fan wrote, “Disrespecting someone is one thing, but disrespecting a woman’s body is another thing and completely violating and disgusting. When will the world stop breaking Demi Lovato and just support her?#DemiLovato.”

Why would a “person” leak someone’s privacy? or why would even do leaking ? #DemiLovato
Some things are supposed to be kept special, private, hidden, secret..

Be human and respect!
You do not have to love anybody. But you have to respect!! If you live in this world you have to!

doesn’t matter your opinion of a celebrity, doesn’t give people the right to invade and leak their private moments. disgusted at the behaviour towards demi lovato right now because end of the day she’s only human.

The pictures were leaked through the Discord, and the company apparently said that they do not support such illegal activities, and strict and immediate actions will be taken against the same.

Amidst all this furious situation, Demi is yet to comment on this shameful act. But till then, her fans are defending and supporting her.

Katie Holmes looks mesmerizing like a white swan to become a Center of attention among the crowd at the event “Champions for Change Gala 2019.”
Netflix’s “Living With Yourself Season 1” reminds us of Rick and Morty (birth of toxic rick)! Will Season 2 of Paul Rudd’s starer going to be an adaptation or they have something new to offer?