Another chilling adaptation of Dracula took a sexy turn on Netflix! will there be season 2?? 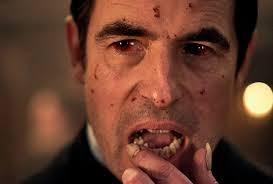 The Sherlock creators Steven Moffat and Mark Gatiss may not be surprising their fans with another series of the iconic show. Still, they have most certainly left their fans excited with a new adaptation, which has been keeping them busy for a while now. The pair have been busy creating yet another masterpiece for their fans- a literary adaptation of the ‘Dracula,’ which will be available very soon.

The series began filming in March 2019 and wrapped up in August, the same year.

The lead role of the blood-sucking Dracula, ready to dip its fangs in, is played by the Danish Actor Claes Bang who is very thrilled about the show.

Heffernan played the crucial role of Jonathan Harker, with Wells playing Sister Agatha (an expanded role from the book) and Scanlon the Mother Superior. Along with them, Sherlock’s Jonathan Aris, Sacha Dhawan Nathan Stewart-Jarrett, Catherine Schell, Youssef Kerkour, and Clive Russell will star as well with the actors believed to be appearing in the three-part drama’s second episode.

It will be a show worth watching and is promising enough to leave its viewers in bloody shock!

For season 2, how would it work is unclear, especially provided that the two main characters die in each others’ arms.

Previous article
‘MAD MAX: FURY ROAD’ Adjudged As “The Greatest Movie Of The Century”!!!!
Next article
Dior Launches Its Fall 2020 Menswear; A Tribute To Judy Blame!!