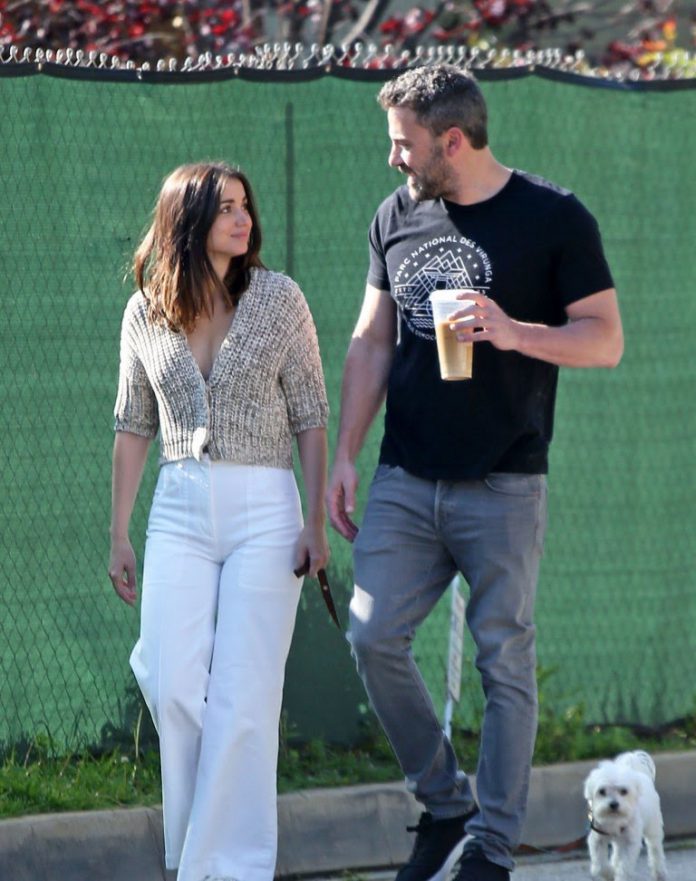 Talk about finding a connection. From working together as a co-star in the film ‘Black Water’, ‘Knives out star’ and Affleck, now are officially dating each other.

Earlier, they were spotted at many places; March 6 in Cuba and March 7 at the airport of Costa Rica. On March 10, both were spotted on the beach where  Affleck was taking photos of Armas.

Currently, they are enjoying their Honeymoon and their budding romance is bringing positivity to the Industry. Ben Affleck and Ana de Armas have been self-quarantining together due to the Coronavirus pandemic.

Reports state that Ana is very Happy with Ben. She loves spending time with him and they have great chemistry and have lots of fun together. Jeniffer Garner the ex-wife of Affleck is also in support of this new relationship.

Sources also said that Affleck and De Armas are engaged in Public Display of affection while they are preparing for their upcoming movie. Their relationship is quite new, but they seem perfectly fit with each other and always seems bliss and giddy.

During an interview, Affleck predicted his life after five years will be more sober and happy. He sees his kid around three days a week and has made 3-4 movies that are interesting to him and a healthy, stable and loving relationship.

After the break up with Garner, Affleck dated the producer of Saturday Night live Lindsey Shookas. He had also linked with few models in previous years. Fans of both celebrities are hoping that he finds a long-life relation with Ana de Armas.

Apart from dating, Affleck is helping the people affected by Coronavirus through various charitable mode. He requests his fan to donate to local food banks in America.

We can only wish that the celebrities attain what they have been looking for, in this relationship.

Previous article
Is There A Strong Possibility Of Greenhouse Academy Getting Renewed For Season 5 ? Or is it getting canceled? All latest Details Given Below.
Next article
Demon slayer season 2 [exclusive update]: release date confirmed? Check out cast, plot and all major details you need to know.