An Idea of a beauty routine of Kris is something people criticizing!! Wendy Williams defended Kris Jenner stating that there is no wrong in what she believes is write.

On her talk show, Wendy Williams defended her friend, Kris Jenner from the backlashes of her fans criticizing her for giving botox as a holiday gift.

Recently, Kristen Mary Jenner, the famous TV personality best known for her show Keeping Up with the Kardashians, became the victim of criticisms when she said that this Christmas and holiday season, she would gifting her family and friends with botox.

On 10th Kris Jenner spoke about her Christmas plans of gifting botox while sharing with the people that she partnered with Botox Cosmetics. This present gift was inspired by her new holiday campaign, “Gift Like a Boss,” which she did for Botox Cosmetics. She further stated that everyone loves botox. She is using it for a long, long time, and it works great as long as good, and responsible consultation is done with a doctor.
Her idea of a beauty routine and self-care, which has always been her entire life, is a massage, facial, a manicure, and a little botox. 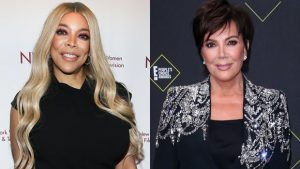 Kris Jenner is partnered and defended up by her good friend, Wendy Williams Hunter, on her Friday morning talk show,” The Wendy Williams Show.” Wendy Williams stated that she, too, had done the same thing for her friends. She further explained and told that a person should not get offended if they receive a gift of botox.

The American television personality also said giving a gift as this may also surprise someone and make them happy. She gifted one of her friends with botox, who was very happy with the gift. She also wanted her friends to look good too. Her friend was overjoyed with the lavish treatment she got. Wendy Williams was also happy seeing her friend overjoyed. In addition, she also shared that a gift like this may mean that the friend may want the other friend to look better than they already do.