More
HomeEntertainmentAmerican teen drama, Euphoria coming back with Season 2? Will there be...

American teen drama, Euphoria coming back with Season 2? Will there be more Expectation and more drama? Checkout to know more!

Euphoria is an American drama series adapted from an Israel show. The show revolves around a 17-year-old girl Rue who is a drug addict.

Rue went to rehab but she has no plans to stay away from drugs. She meets other teenagers like Jules, Chris, Cassie, Kat, and Nate. All the teens have no clue about their future and try to explore everything around them.

The series got involved with many controversies because of showcasing drugs, violence, and sex in high school. It premiered in the US in the month of June in 2019. However, it became popular and hit high views.

When will Euphoria season 2 be released?

The second sequel of the show is confirmed by HBO. However, there is no fixed date for its release. If we note the release pattern, season 2 will be released in June this year.

The show Euphoria became a super hit among the youth soon. It is because the Gen-Z could relate to the show. Euphoria falls under the teen drama genre and Sam Levinson created it. The popularity of the show grew more because of its exclusive cast like Zendaya. Drake executive produced this controversial show which showed the culture of today’s youth in the rawest form.

The cast is talented and the characters are beautifully complex. Each of them have a different journey and they showcased it perfectly. The first season had 8 episodes which deals with various topics like love, sex, drugs, friendship, social media, trauma. It has everything else the teenagers of today go through. And the best part- HBO will renew the series for a second season.

The characters of the story have much more to venture into. The creater was sure to renew the series; because more than 5.5 million people viewed each episode. So it is a fact that the fans are desperately waiting for Season 2. HBO’s executive VP recently talked about the show’s renewal. He said the cast and the story by Sam Levinson is brilliant and he was grateful Levinson chose HBO to showcase his story.

Sources say that since the first season just recently got over, it is unlikely the fans will get to see Season 2 anytime soon. Angus Cloud, who plays the role of Fezco, revealed that filming for the second season will probably start sometime in 2020. But there is no confirmed news yet. But it seems Season 2 will follow a similar production and release pattern as the previous season. Also, since the first season had 8 episodes, it is likely the next season will have the same. 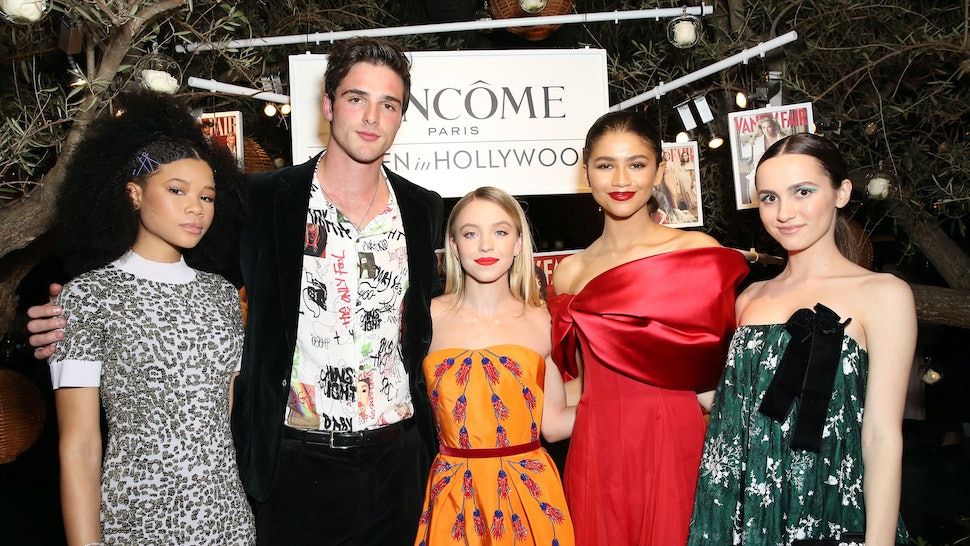 Zendaya played the lead role in Season 1. So we can bet she’ll be back. Plus, she also confirmed on Twitter that she will return. Also, since the characters seem to have more to their story, it’s like that Jules, Nate, Lexi, Fezco and everyone else will be back. But what will Season 2 have in store? The finale episode of the first season reached a high but the fans still have many questions in mind. Some fans are worrying what will happen to Rue after she overdosed in the last episode.

It also seems Fezco and Kat will head down to more dangerous paths and get involved in complicated situations. We know nothing as of now, but the fans can enjoy the newly released Euphoria score.

forever.
the official score by @labrinth is here: https://t.co/LP8voCxuiT pic.twitter.com/psYSMvhRTs

Will Zendaya be in the new season?

After the announcement of the renewal of Euphoria for the second season, Zendaya posted a tweet. The musician-cum-actress tweeted that she just got the call. She showed her gratitude to all her fans for their support. This clearly indicates that she will be back for the second part of the series.

Who else will return for season 2?

There is no official announcement about the cast. However, we can say that the main cast will surely return.

Along with Zendaya, Hunter Schafer as Jules, Maude Apatow as Lexi, Angus Cloud as Fezco, Eric Dane as Kal, Alexa Demie as Maddy, and Jacob Elordi as Nate will be seen in season 2.

Season 2 will most likely continue with Rue and her journey. Besides this, another storyline will be related to other teens who are exploring their sets of relationships with themselves as well as with others.

This season can also showcase other characters’ stories like BB, Lexi, and Ashtray.

Euphoria is an American teen drama television series that focuses on the life of several teenagers and their dark secrets.

Euphoria and the dark life of its teenagers have left everyone in its addiction after its first season. With the end of its first season, the fans are on the verge of their excitement. Every fan has only one question in their mind when will the next season release and what will happen.

Euphoria’s final episode(And salt the earth behind you) aired on 6th August 2019 ended multiple stories on a thrilling climax. Rue after leaving drugs being left alone with her father’s memories at the platform by Jules after their plan to leave town doesn’t go as planned. Also, Cassie terminated her pregnancy and, kate seemed to leave her cam shows behind. While Nate still with his repressed father and his toxic relationship is likely to end soon.

I have a lot to say, and I don’t know how to get it out, or even process these last 8 weeks but I’ll try. I’m so grateful for this show. For the beautiful family I’ve gained from it, for the self discovery and purpose I’ve found in it, and the people that we’ve been able to connect with and speak to through it. We spent months, hard months, pouring ourselves into something we love, and it was an honor to have done so beside so many insanely talented, extraordinary people. From my brilliant cast mates, H&MU, Costume Design, Cinematographers, ADs, Producers, the whole crew, each of you have inspired me and pushed me to be better everyday. Sam, thank you for trusting me with the most honest parts of yourself and bringing Rue into my life, for both of you, I’m forever grateful. Alright I could do this forever. But you get the idea, I’m thankful for a lot. And also for all of you out there for receiving our work with an open heart. Can’t wait to do it all again! With all this being said, the finale episode 8 tonight💙

The storyline ended life stories of teenagers at that point where there can be endless possibilities in the coming season.

As Season 1 has ended last week so it is clear that season 2 is not coming for at least a year. Although the HBO renewed the series on 12th July. All we can say now is that following the last season pattern the next season is expected to come by 2020 summer.
The cast for Season 2 will almost remain the same as of Season 1. Although the returning of Jules is not fix.

Season 1 ended on such a note that there are a lot of possibilities.
However, it seems like Rue will have a hard time facing her drug desires and might visit rehab. It would be interesting to see how Nate and Cal protect their reputations when Maddy is ahead of them. Fezco and Lexi also have more prominent roles to play in the coming season as revealed by the creator Sam Levinson.
However, right now its nothing more than a speculating game.